With 3:16 left in the 1st quarter, Utah quarterback Cam Rising heaved a pass for the end zone to Dalton Kincaid. ASU’s Chris Edmonds was draped behind Kincaid, and Timarcus Davis was in front of the tight end in position for the interception.

The pass was just out of Davis’ reach and resulted in a touchdown, Kincaid’s second of the night.

There was very little more the defense could have done to prevent the score, but it didn’t go their way. The same could be said for Shaun Aguano’s debut as interim head coach with Utah beating the Sun Devils 34-13 on Saturday night.

Since Sunday, it’s been a change of tone as the former Chandler High School coaching legend took over the program from Herm Edwards. Locals’ ears perked up when the promotion was announced. Aguano won the opening press conference on Monday, with one of the highlights being the enhanced recruiting efforts within the state. The only practice that was open to the media this week had a ramped-up urgency to it. He wrote an open letter to Sun Devil nation explaining his focus on Ohana culture. He was out manning the high school sidelines on Friday night to recruit the state’s top players. He walked out with his players on Saturday night, arms locked to signal a new chapter of ASU football.

He did many things that Sun Devil fans had been pleading for in recent years.

Did it matter in Saturday’s outcome? Probably not.

Could it matter long-term? Absolutely.

The odds would say Aguano’s tenure will start 0-3 after Saturday’s Utah loss followed by matchups against USC and Washington – three of the conference’s four ranked teams – serving as a triumvirate of chaos for the Sun Devils. Even if the Eastern Michigan loss never happened, and the team was sitting at 2-1 with Herm Edwards leading the program, that stretch could result in zero wins.

Aguano knows turning around the ship will not be a one-week project. This team just lost its head coach and has 43 new players on the roster from last year. There hasn’t been a lot of time for many of them to build up longevity with the state, the university or the football program. It’s on Aguano to get ensure the roster doesn’t splinter.

Not only that, he is revamping the schemes, updating the depth chart and restarting stagnant recruiting efforts without being able to promise he’ll even be there long-term.

ASU football is no longer Herm’s train, but more of a plane. And Aguano is in the pilot’s seat, building it midair.

“It all starts with me,” Aguano said. “That’s the intensity and positivity that I brought when I first got the job, when I first talked to the team, that’s the same positivity and energy that I’m going to bring this week. It will start with me.”

Heavy lies the head who wears the head coach’s visor.

But the decision to move on from Edwards and go with Aguano was in-part to help salvage this season while seeing if the former running backs coach is a viable long-term option. The changes he hopes to make, wants to make, won’t happen overnight.

“It’s going to take a little time, but we had a great week of practice,” transfer defensive back Khoury Bethley said. “Everybody handled the change really well, and ultimately I think it comes down to us executing. We didn’t do that today but we played hard. When you watch this tape, you’re going to see no quit in us.”

That’s the closest thing to a victory the Sun Devils can take from Saturday night. The Devils could have folded to a heavyweight opponent, but they didn’t.

There’s a reason Utah is the Pac-12 champion: They’re a physical, well-coached team with College Football Playoff aspirations that doesn’t play down to lower competition. Frankly, they are the worst team to face while making a massive overhaul. Offensive struggles and missed opportunities can be picked apart in Saturday’s game, but part of this equation just comes down to Utah putting ASU in difficult situations.

“I didn’t think that this will be four days and a miracle’s going to hit,” Aguano said. “It’s going to be a process. I got the kids’ attention. We’re going to play and they’re going to get better and better.”

After six days with Aguano as interim head coach, it’s clear the process and effort will be there. 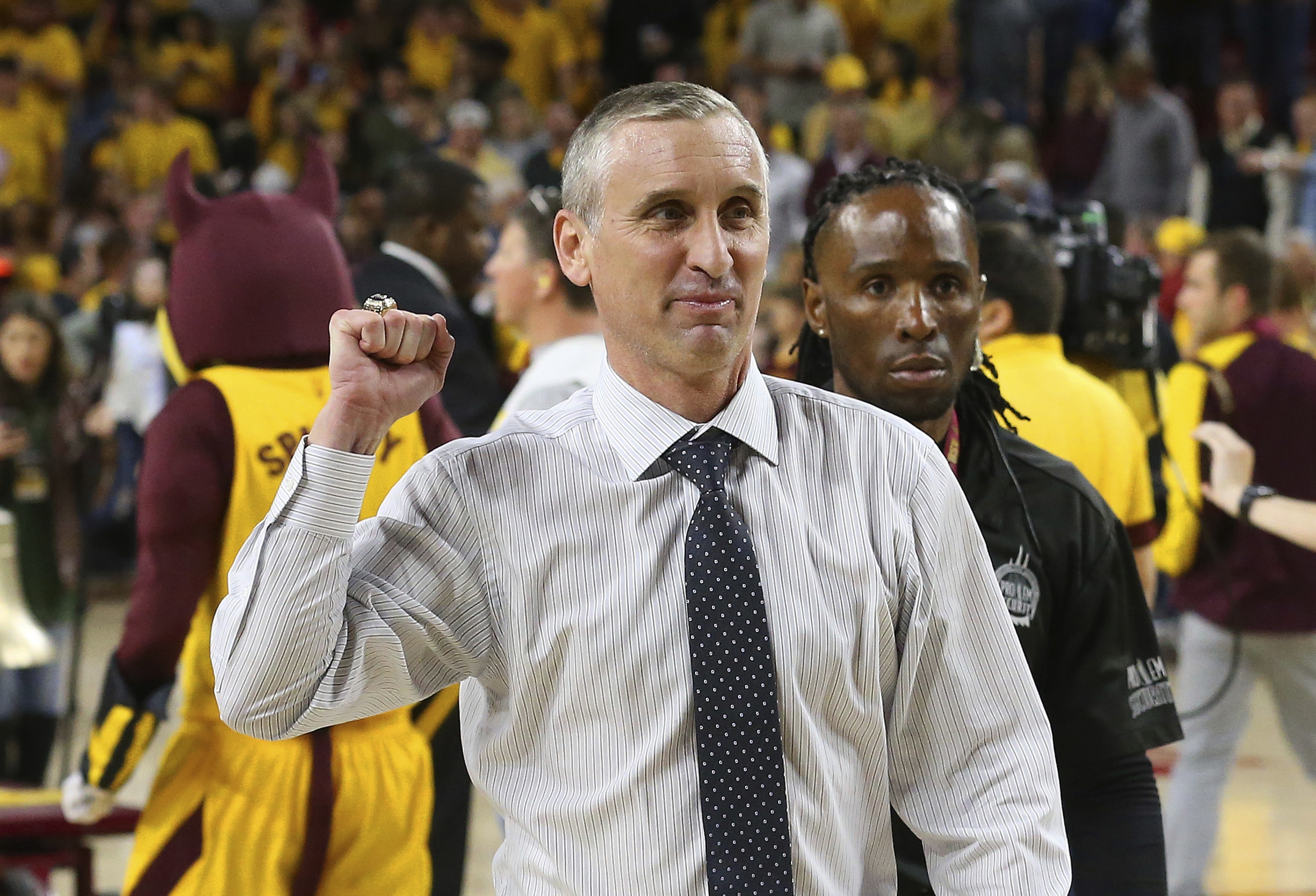 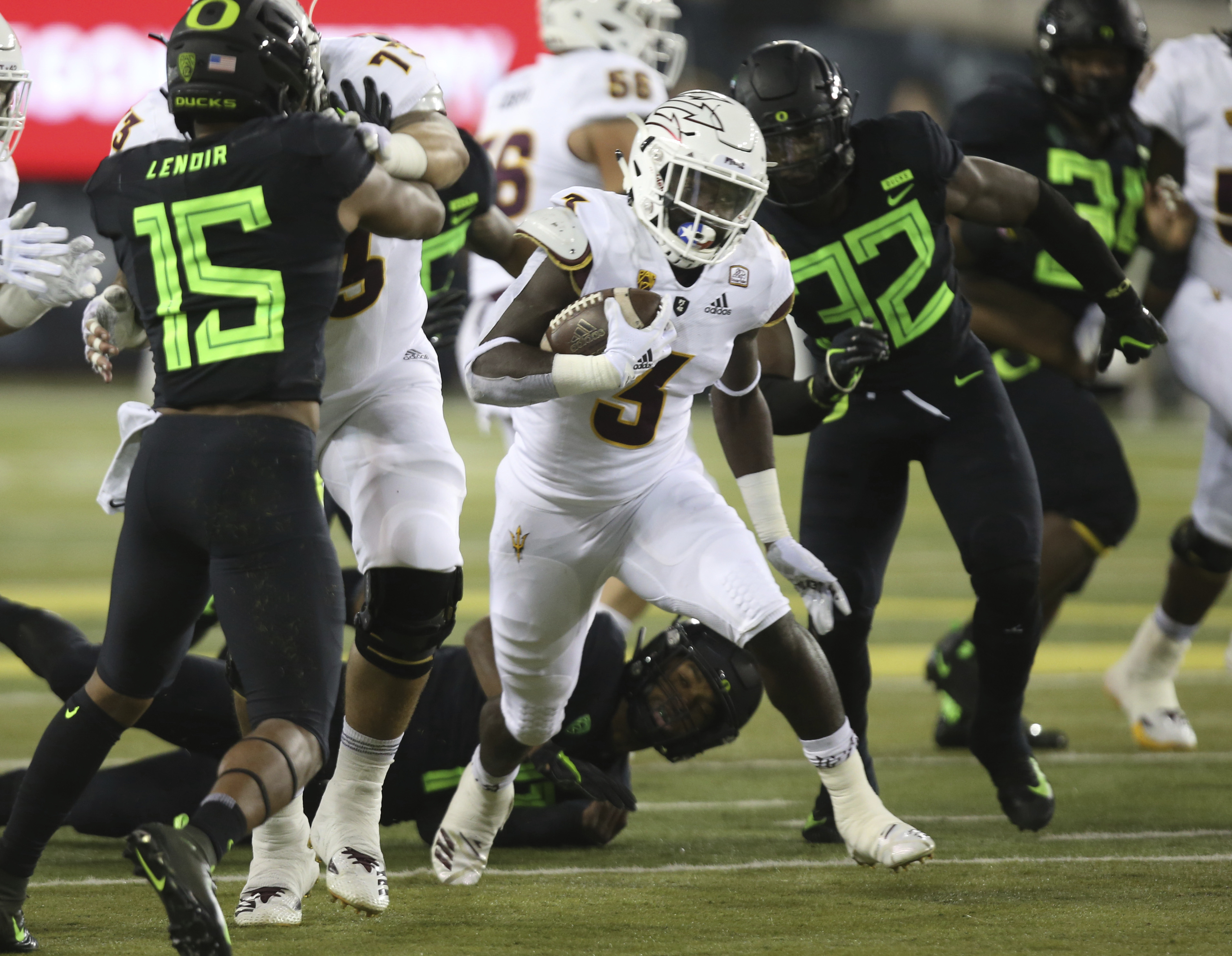