Describing Pinnacle High senior multi-sport athlete Duce Robinson as being in “exclusive company” for his prep achievements almost feels underserved considering the jaw-dropping magnitude of the accomplishment below.

The 6-foot-6, 230-pound Robinson, arguably the most coveted 2023 two-sport recruit in the nation, has joined a short, prestigious list with an NFL Pro-Bowl wide receiver in Brown, and that guy, Kyler.

Robinson has taken numerous recruiting trips and had the carpet rolled out on every occasion, but there was a special guest waiting at the end of the crimson and cream one in Norman, Oklahoma last summer.

“It was a big [Oklahoma] recruiting weekend and they had a bunch of their distinguished alumni back,” Robinson said in a recent interview with the “Zone Read.” [Kyler] took time out of his day to sit with me and mom for probably 30 minutes and just talk to us about what it would be like to play both [football and  baseball] in college if I did end up playing both, and what it was like to juggle trying to play two sports.”

Robinson, whose soft-spoken humility may even exceed his ridiculous physical gifts, took it all in – leaning closer, hanging on Murray’s every word as someone who not only played, but excelled as a two-sport, Power 5 athlete.

“The biggest thing he said was you have to love both sports, to really do it, and do it at a high level,” Robinson continued. “He said it wasn’t going to be easy, just playing one sport in college, let alone two. He said to think about the time commitment and what it will take. There will be times when you will struggle in one or the other. But, the main thing he said is, you just have to have a love for both games if I’m going to be successful.”

Murray, the newly minted $230.5 million Arizona Cardinals’ quarterback, and former Oklahoma All-American, stressed the importance of rest and recovery and how, being in such a unique position of playing two sports in college, demands a commitment nearly every other student, or student-athlete on campus, doesn’t have to make.

“You’re not able to go out to many parties and do what so many others are able to do,” Robinson explained of Murray’s forthright message. “You’re not going to have much free time.”

Murray suggested finding two coaches who are committed to ensuring Robinson would be successful in both football, and baseball, at the next level by making sure his body felt refreshed and he wasn’t putting himself in danger with the steep physical workload in both sports.

“It really just speaks to him, and his character, that he took the time out of his schedule,” Robinson said laughing. “You know his schedule is not easy to fit time into. The fact that he was willing to do that, especially with a high school kid.”

The Pinnacle standout left the impromptu chat impressed, as well as enlightened.

“He’s just a really good person,” he said with a smile. “Everything he said was genuine. He wasn’t trying to sugarcoat anything. He was being straight up. You can see that from what he does on the field, as well as off the field.”

Something tells me Robinson, one day, will be the pro athlete imparting wisdom on a decorated high school recruit.

Make no mistake he will make the time, just as Murray did, to pay it forward.

More Than Just a Name

“My parents are fans of ‘Magnum P.I.”, of course,” the senior  defensive lineman said with a smile to the “Zone Read.” “A lot of people say, ‘Oh, that’s a great name!'”

No need to bury the lede, right?

In reality, West’s journey to the Open Division Champions in the summer of 2021 would even throw Tom Selleck’s highly popular 1980’s television alter ego, Thomas Magnum (and that incredible mustache), for a loop.

“He came from a small town in northern California [Eureka],” Saguaro head coach Jason Mohns explained. “He’s a blue collar dude. It was cool to see him come in because he was a little quirky…he really embraced who he was. He showed up in a cowboy hat and cowboy boots in Scottsdale, Arizona. But guys accepted him because he was authentic with who he was.”

Growing up, West spent more of his childhood hunting animals, than he did opposing quarterbacks, but football came into focus more after playing varsity as both a freshman and sophomore for the hometown Eureka High Loggers.

After a COVID-shortened 2020 season, West and his family explored options for re-location before his junior year, eventually landing in the Valley, and at Saguaro.

The current residency situation is almost as unique as the starting defensive lineman’s name.

“So, I live with my mom,” West explained. “She bought a house down here, and my dad has a business in California. So, he runs that and flies down here  every other week to hang out with us for a week…he’ll be here for the first game and everything.”

So blessed to have a loving dad and mom that give me all the opportunities I need!! #blessed pic.twitter.com/InWdbd51Vm

Although West adapted fairly quickly to life in the big city and being the “man of the house” with his dad 1,000 miles away for a big chunk of the year, going from a smaller school, which ran the Wing-T offense, to one of the top prep football programs in the country, took some time to acclimated to.

“In practice going up against Parker, that was huge,” West said shaking his head. “It elevated my game. After pretty much every practice, I’d ask him which of my moves were the best. Sometimes he wouldn’t even be going 100 percent and he’d pancake me (laughing). He’s insane.”

Insane could also be a way to term the talent and dominant play of West’s defensive end teammate on the opposite side, former Arizona All-State 1st-Team performer, and current Wisconsin Badger, Tristan Monday.

“That dude played with his hair on fire,” Mohns said of Monday.

West said he leaned on Monday for technique tips and both, he and Brailsford, were “super supportive” in helping the former Eureka High fullback and linebacker elevate his play during Saguaro’s run to their first Open Division Championship last December.

The affable senior not only transformed his game, but his body as well, in the past year-plus at #SagU. After arriving at around 220 pounds, West has bulked up to 255 and will move inside from defensive end, to defensive tackle when the ‘Cats open their season next Friday, hosting national power Bergen Catholic (NJ).

He has not only gotten stronger (he bench presses 100 pounds more than when he arrived on campus, he’s also improved his quickness, shaving .2 seconds off his 40 time (5.1 to 4.9), despite consuming 6,500 calories a day, spread out over five meals.

West is looking to build on his solid junior season which he recorded 28 total tackles, including nine for loss.

“It’s been really cool to see him excel at this level of competition,” Mohns said. “He just rose to the challenge, rose to the occasion. He’s gotten progressively better. It makes me proud of him to come into a new setting and thrive.”

The worm has turned again at Hamilton.

There’s no need to spend much time or, in this case, words on this draining topic which, one way or another, will hopefully be resolved Tuesday when the AIA hears the appeal and votes on the matter – just three short days before the Huskies open their 2022 season hosting Centennial.

Dougherty’s attorney, Marcus “Rocky” Finefrock, had this to say in an email to East Valley Tribune Sports Editor, and Sports360AZ contributor, Zach Alvira, after Dougherty was placed on administrative leave on Wednesday.

“Due to public sentiment, CUSD, in their infinite wisdom, will be offering the AIA a sacrificial lamb – arguably the #1 defensive coordinator in Arizona in turn for a shot at the playoffs.”

I politely asked you to quit the charade, but I see you remain dug in, continuing to play the “victim” card for your client with sensationalized statements like the one above.

So, apparently, Dougherty and his representation are now asking for AIA forgiveness on Hamilton’s one-year post-season ban which, at the time this column was published, still stands?

Maybe it would behoove an accused bank robber to just plead to the judge at their hearing, “Hey, if I just give the bank all their money back, can we call this good?”

This remains a public relations nightmare for Hamilton when all, except for one, had absolutely nothing to do with the illegal scheme.

Still, no public apology from Dougherty.

Again, what type of leadership example are you setting for every single one of those Hamilton players your poor decisions impacted?

Gregg Gottlieb Retweeted · Jordan Hamm
@JordyHamm
Coming off a WNIT appearance, @GCU_WBB has 10 new players on the roster. @MollyMiller33 is wasting no time instilling the lockdown defense the Lopes have become known for as the season approaches.

WACHoopsDigest Retweeted · Jordan Hamm
@JordyHamm
Coming off a WNIT appearance, @GCU_WBB has 10 new players on the roster. @MollyMiller33 is wasting no time instilling the lockdown defense the Lopes have become known for as the season approaches.

Nia Jackson Retweeted · Jordan Hamm
@JordyHamm
Coming off a WNIT appearance, @GCU_WBB has 10 new players on the roster. @MollyMiller33 is wasting no time instilling the lockdown defense the Lopes have become known for as the season approaches.

In reply toJordan Hamm
@JordyHamm @GCU_WBB @MollyMiller33 @Sports360AZ My favorite defense for teaching youth basketball: learn to be smarter than the offense, and punish 1v1 play.
View on Twitter
0
0

Claudia Collins Retweeted · Jordan Hamm
@JordyHamm
Coming off a WNIT appearance, @GCU_WBB has 10 new players on the roster. @MollyMiller33 is wasting no time instilling the lockdown defense the Lopes have become known for as the season approaches.

Devon Henry Retweeted · Jordan Hamm
@JordyHamm
Coming off a WNIT appearance, @GCU_WBB has 10 new players on the roster. @MollyMiller33 is wasting no time instilling the lockdown defense the Lopes have become known for as the season approaches.

Coach Molly Miller Retweeted · Jordan Hamm
@JordyHamm
Coming off a WNIT appearance, @GCU_WBB has 10 new players on the roster. @MollyMiller33 is wasting no time instilling the lockdown defense the Lopes have become known for as the season approaches.

Eliav Gabay Retweeted · Jordan Hamm
@JordyHamm
Coming off a WNIT appearance, @GCU_WBB has 10 new players on the roster. @MollyMiller33 is wasting no time instilling the lockdown defense the Lopes have become known for as the season approaches. 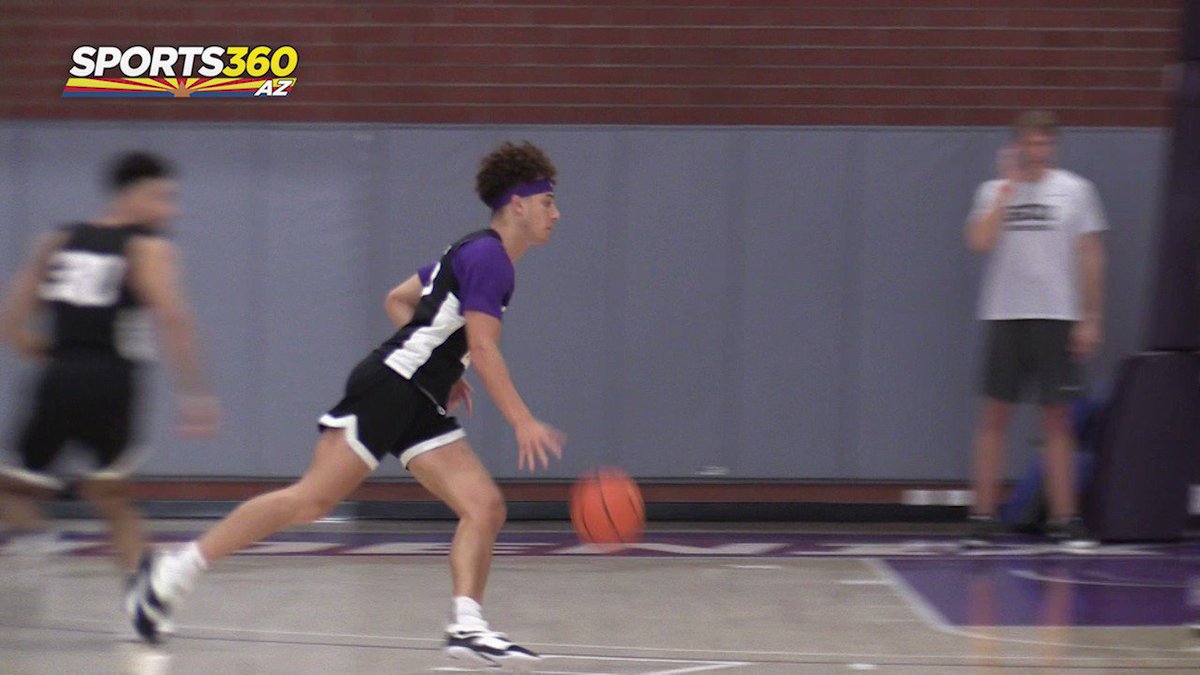 Sports360AZ Retweeted · Jordan Hamm
@JordyHamm
Coming off a WNIT appearance, @GCU_WBB has 10 new players on the roster. @MollyMiller33 is wasting no time instilling the lockdown defense the Lopes have become known for as the season approaches.