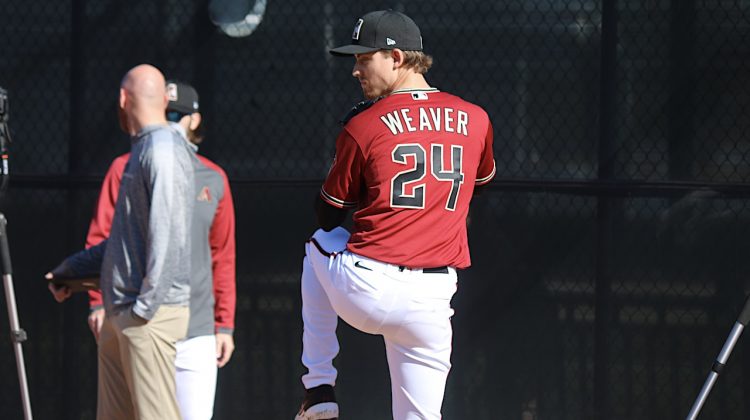 When the Diamondbacks traded star first baseman Paul Goldschmidt to St. Louis back in 2018, most of the return “haul” from the Cardinals was expected to play a big role in Arizona becoming a competitive team in the National League West. That hasn’t happened.

Today, the team parted ways with pitcher Luke Weaver, who won all of 9 games in three-plus seasons, dealing the right-handed pitcher to Kansas City for infielder Emmanuel Rivera. How badly did Weaver struggle in Sedona Red? He went 9-19, with a 4.72 ERA(104 earned runs in 198 innings pitched) in 49 games (38 starts)

The #Dbacks made the following trade with the Royals. pic.twitter.com/RXULPcqJg3

Weaver, Carson Kelly, and Andrew Young were the three players the Diamondbacks acquired from St. Louis.  Goldschmidt has a .290 average and has hit 95 home runs in his time with the Cardinals. This season, he’s batting .329 with an OBP of .409. Simply put, the Goldschmidt trade up to this point would have to go down as one of the worst in franchise history  Shelby Miller for Dansby Swanson,Ender Inciarte, and Aaron Blair was terrible. Max Scherzer for Ian Kennedy and Edwin Jackson is at the top of the list, but the Goldy deal is a close second.

Andrew Young is no longer with the Diamondbacks organization(now with Washington). Kelly has hit just .235 since joining the Diamondbacks, with 219 strikeouts in 298 games.