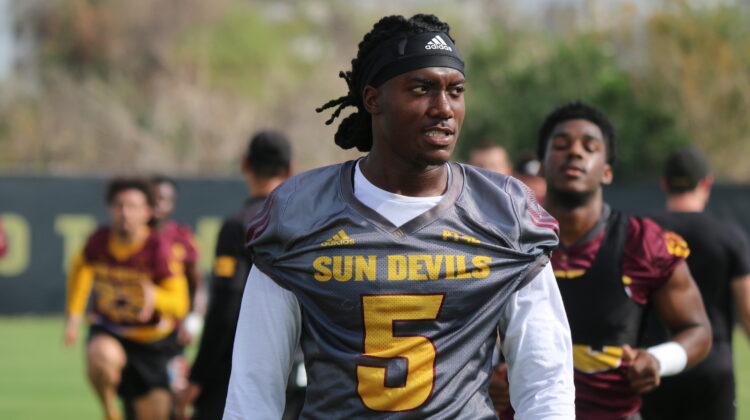 While it felt like the writing was on the wall for a while, Herm Edwards made it official on Thursday when he announced Emory Jones as the starting quarterback for the Sun Devils.

Jones had taken the bulk of the first team reps in training camp, and the Florida transfer took little time getting acclimated to Arizona State.

Jones’ starting experience was something Trenton Bourguet and Paul Tyson did not have in the quarterback competition. The former Elite 11 quarterback threw for 2,734 yards, 19 touchdowns and 13 interceptions with the Gators last year. He also ran for 759 yards and four additional scores.

Had he played in the Pac-12 last year, his total years would have ranked second among returning conference quarterbacks, trailing only Washington State’s Cameron Ward. It’s also worth noting Jones was facing SEC defenses last year while Ward was facing FCS opponents.

Herm Edwards had hinted that he had a “pretty good idea” of who the starting quarterback would be but was not in a rush to announce it publicly.

Jones will headline an offense full of new faces, where Xazavian Valladay is a proven running back in the backfield and three or four transfer offensive lineman could be blocking for him. Messiah Swinson and Cam Johnson are a part of a group of pass catchers that also took the SEC-to-Pac-12 path as well.

Jones and the Sun Devils kick off the 2022 season on September 1 when they host NAU.