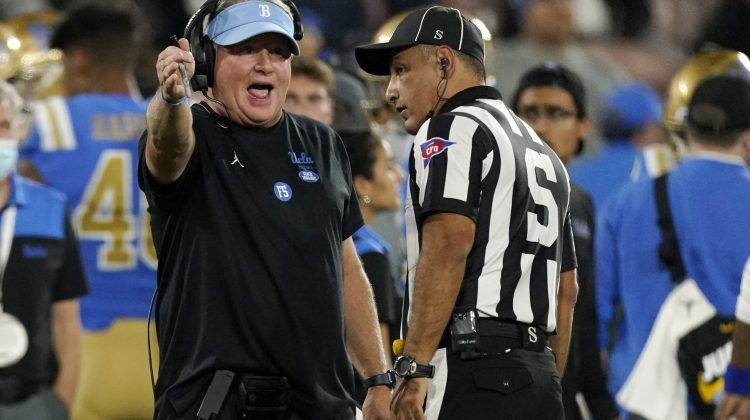 The University of California’s Board of Regents is scheduled to discuss UCLA’s momentous move to the Big Ten — a move that could have serious financial repercussions for Cal — during a meeting next week.

The board, which oversees the prestigious university system’s 10 campuses, will discuss the Bruins’ stunning departure from the Pac-12 in a closed session on July 21, according to the agenda posted on the regents’ website.

The following description was included:

Can the regents prevent UCLA from departing the Pac-12, along with USC, in the summer of 2024?

Or are the regents themselves facing litigation for allowing the Bruins to leave the conference that has been their home for more than a century?

“The Regents of the University of California may conduct closed sessions when they meet to consider or discuss any of the following matters:”

“Matters involving litigation, when discussion in open session concerning those matters would adversely affect, or be detrimental to, the public interest.”

A spokesperson for the UC Office of the President said the regents had no authority to prevent UCLA’s move, which became official June 30:

“There is no requirement for a decision from the University of California Board of Regents or the Office of the President.”

The Hotline also asked about the level of involvement, if any, of UC system president Michael Drake.

Drake is a Stanford graduate who served as the chancellor of UC Irvine for nine years before his tenure as president of Ohio State from 2014-20. (The Buckeyes own the Big Ten’s premier football program.)

He was appointed president of the UC in the summer of 2020.

According to the spokesperson:

“UCLA leadership informed President Drake that discussions between UCLA and the Big Ten were occurring but he was not involved at all in those discussions or in any negotiations. UCLA remains best positioned to answer your questions as decisions related to athletics are formulated and executed at the campus-level.”

The Bruins have made their motivation clear:

Chancellor Gene Block and athletic director Martin Jarmond believe the move will better position the Bruins, both financially and competitively, for the next era in college sports.

UCLA would have received roughly $40 million annually in media rights had it remained in the Pac-12.

In the Big Ten, that figure is expected to double.

But the repercussions in Berkeley could be momentous.

A source close to Cal athletics said chancellor Carol Christ was “blindsided” by the news of UCLA’s departure.

Largely because their athletic department supports 30 sports teams — one of the highest totals in the country — the Bears typically run a significant deficit. Only football and men’s basketball are profitable.

As a result, the Bears could experience a revenue reduction of at least $10 million annually, thereby jeopardizing their ability to support 28 Olympic and women’s sports (none of them are profitable).

It’s also possible that the Pac-12 will cease to exist altogether, or that the remaining 10 members will merge or align with another conference.

Whatever the outcome, the financial outlook for Cal has turned bleak without UCLA and USC as members of the Pac-12.

In addition, critics of the move into the Big Ten have cited the potential physical and mental toll on USC and UCLA athletes. The other 14 schools in the conference are located in the Eastern and Central time zones.

A UCLA spokesperson referred questions to the UC Office of the President.