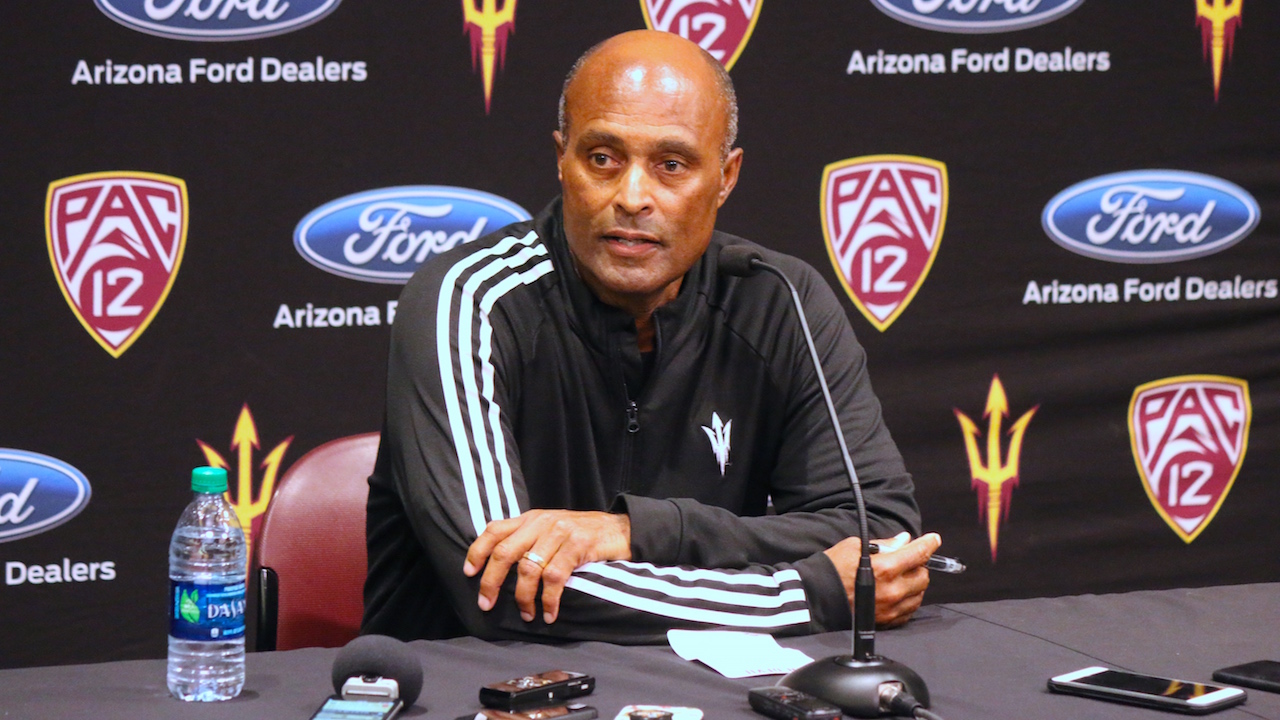 “ASU remains fully committed to the Pac-12 Conference,” Anderson said in a release. “ASU continues to work closely with the other remaining conference members to advance the best interests of its student-athletes as well as to support the continued success of the conference itself.”

This statement came out just after the Pac-12 announced the conference would begin negotiating a new media rights deal that was up in 2024.

There were also rumors swirling that Arizona State is one of four to six Pac-12 teams meeting with the Big 12 about options, that the Pac-12 could have “loose partnership” with the ACC to have a hybrid conference champion. Colorado, one of the other rumored teams that may be looking at the Big 12, sent out a similar statement on Tuesday.

Four Pac-12 schools are set to meet with the Big 12 this week, per @jasonscheer:

There are plenty of options ahead for Arizona State, and while this is one of the more definitive statements to come from an athletic department in support of the Pac-12, they are just words.

The loyalty is there…until a better opportunity comes around.

“Josh (Rosen) is our guy” – Kliff Kingsbury, 72 days before drafting Kyler Murray with the No. 1 pick.

Y’all are having fun with speculation, but… pic.twitter.com/dy4NbJ82iB

There is going to be a lot of talk, both publicly and privately on where the Pac-12 should go, where Arizona & Arizona State should go.

And while this statement had a little more teeth to it than other communication from programs last week, there will be no penalty (aside from some Twitter trolls) to ASU for declaring loyalty to its current conference and then changing course in the coming weeks.

The Pac-12 schools are loyal to the conference (right now). USC and UCLA were at one time too. Maybe these remaining teams will stay loyal, and maybe new commissioner George Kliavkoff is “kicking ass” as John Canzano relayed. But until conference and media rights deal are struck, all of these discussions are handshake deals.

We’ll see if fingers were crossed on the other hand.