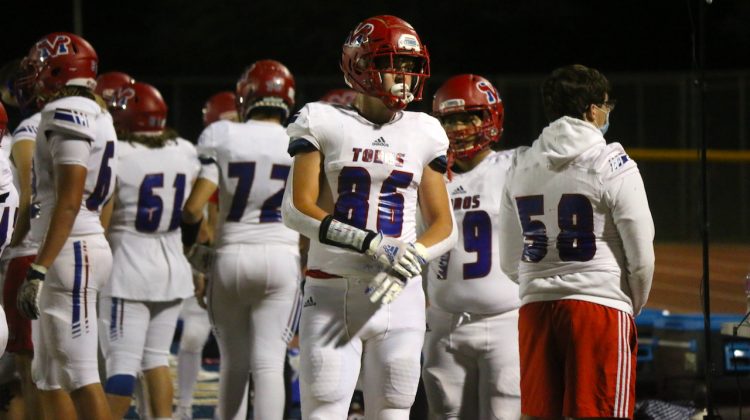 “Everybody talks about getting recruited and how it has all the top ups and downs and you don’t really realize it until you’re in it. So my recruitment was going slow, but I feel like, after the camps I went to and all the tournaments, I kind of took advantage of everything that was being placed in front of me and since then my recruiting is kind of taking off.”

Ja’Kobi made unofficial visits earlier in the summer to UNLV and Kansas State and has lined up an unofficial visit to Oregon during the last weekend in July. Lane said Oregon is his dream school but has built noteworthy connections with the other schools that have offered him and continued to show interest.

“I’m really looking forward to seeing Oregon, It’s my dream school,” Lane said. “I have a lot of friends that are already committed there. Kyler Kasper is already there and he’s a good friend and Cole Martin will be there the same weekend I’m there.”

Currently, Ja’Kobi says the Wildcats have been reaching out the most and showing the most interest. In addition to visiting Oregon, Ja’Kobi has visits planned to USC, Washington, Florida, and will make an official visit to Kansas State.

Ja’Kobi feels no pressure to make a decision before the season begins and plans to enjoy his visits and focus on the upcoming season with Red Mountain. He’s particularly excited for the Lions first game of the season in California against Mater Dei Catholic.

“It’ll be a good experience traveling with the guys just getting a feel for a new experience. Not a lot of teams get to go out out of state and enjoy going on a road trip and staying in a hotel. So I think that part of it will be super exciting and I can’t wait to play that team because I know it’s gonna be a big test, but I know we’re ready for it.”

Gavin spent several weeks getting around to a handful of universities to check out their football programs. The last time Gavin spoke with Sports360AZ he emphasized the impression that the University of Washington made on him.

“I visited their strength conditioning staff and kind of the nutrition staff are things that really stood out. Some universities are clearly accelerated where others are a little behind. So I thought that was interesting kind of seeing that.”

Gavin made official visits to the University of Washington, Colorado, and Arizona. He says most of the schools he has taken the time to visit were located in big cities, which made the University of Colorado stand out a bit. Gavin said the idea of a college town is exciting in his decision-making process. He was also able to sneak in a visit to Stanford before the dead period began, a visit he’d previously mentioned prioritizing.

“Stanford is a school I’ve kind of dreamed of my whole life,” Geweniger said. “I didn’t get to see everything but me and coach Anderson planned out what was important for me to see for the eight hours I was on campus versus the usual 48 hours.”

Gavin had the opportunity to meet with a business school professor for about an hour to help him picture how he would fit in Stanford Academically. He said he also spent about three hours watching film with the defensive assistant before his visit came to an end.

“When you get to these power five schools, they all have kind of everything you need. But what’s really different is kind of how the coaches view you and how they view you helping their team. So that’s what I really wanted to see at Stanford and I did.”

Gavin expects to make his decision in the coming weeks.

Day Day made his commitment to the University of Idaho on July 20.

Deshaun had offers from six other programs, including the University of Arizona, Northern Arizona University, and New Mexico State. Day Day said the choice for him was clear because he fits the ideal criteria for a Vandals running back.

Day Day hasn’t made a visit to check out the Vandals yet but has plans to take his visit in October. While he hasn’t taken his official visit yet, he’s been able to seek out advice from his friend and former Saguaro quarterback Ridge Docekal.

“That’s my guy. He facetimed me as soon as I told him I committed, he was so excited,” Buchanan said.

Mountain View tight end Jackson Bowers made his commitment to BYU on July 22 with seven choices (in the form of hats) laid out in front of him. Bowers had a long list of programs to choose from but it seems his visit to Provo may have sealed the deal. Last time Cody Cameron joined the Recruiting Roundup he raved about the experience BYU provides their potential recruits on their official visits.

“their official visits are awesome,” Cameron said. “The kids just go out to the lake, go jetskiing, they go boating, it’s the life. They really show our Arizona kids love.”