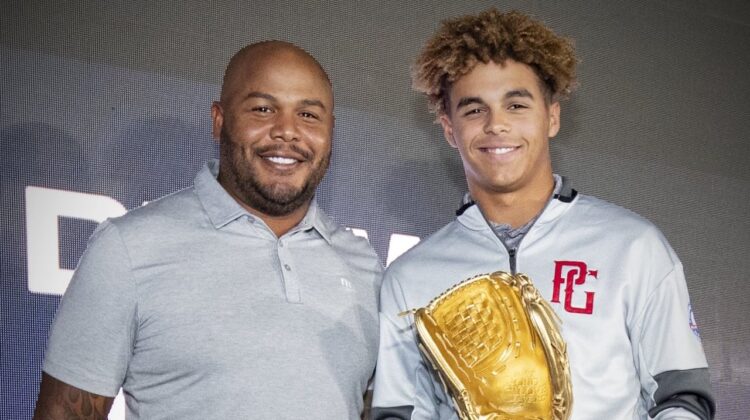 The Arizona Diamondbacks selected Druw Jones with the No. 2 overall pick in this year’s MLB Draft. Many regarded the outfielder as the top prospect in this year’s draft class.

Jones is a developing five-tool talent with an elite glove and speed. Druw is the son of 17-year MLB vet Andruw Jones, and scouts see a lot of his father in Druw’s game. According to The Athletic’s Keith Law, Jones will make an impact in the field and on the base paths. If the 6-foot-4 Vanderbilt commit continues to develop at the plate, where he boasts 70 power already, Jones could be a star in the making.

The real question on Druw is whether he’ll hit – if he does, he’s a superstar, with 30/30 potential and a glove that should save 10 or more runs a year in center. If he’s more of a 45 bat, he still has plenty of major-league value due to the secondary skills, so he could be worth several WAR per year even with a .300ish on-base percentage.

In a tweet, Jones summarized his senior season with Norcross Wesleyan High School in Georgia:

The Diamondbacks have a plethora of talent coming through their system in the outfield, with former top prospect Alek Thomas making his big league debut this year and 2019 first round pick Corbin Carroll slated as the No. 3 prospect in all of baseball. Arizona also totes shortstop Jordan Lawlar, their 2021 first round selection, as a top-20 prospect as well.

Arizona also has pick Nos. 34 & 43 remaining on Sunday before continuing the draft early into next week.