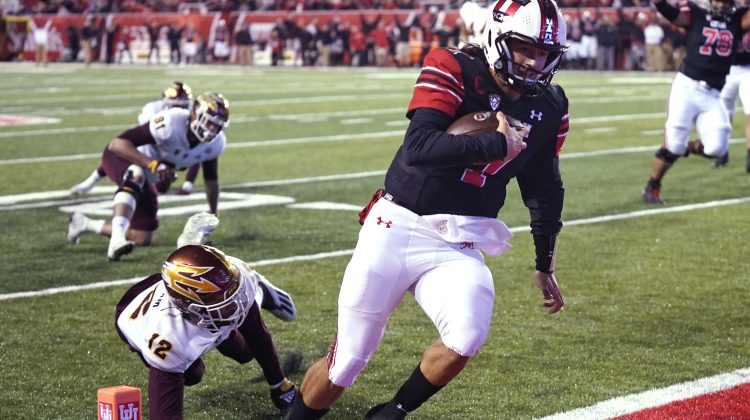 Can you rank the Pac-12 presidents and chancellors based on football indifference? Would love to know your thoughts. — @eriggs

I’m not sure it’s possible to parse their positions enough to create a traditional ranking.

However, we would gladly offer tiers of affinity, which account for a combination of 1) interest in football, 2) support for football, and 3) awareness of the value football brings to the campus writ large — all of it funneled through our subjective perspective, of course.

(Oregon State president Jayathi Murthy, who was hired earlier this month and takes over in September, is not included.)

We aren’t suggesting the presidents on Tier 1 are devoting the maximum amount of available resources to football — most of the schools could spend more on staff, recruiting, etc.

But the raw dollars devoted are only part of the calculation.

Also, we aren’t comparing them to the SEC presidents, only to each other.

Since the beginning of the College Football Playoff would any Pac-12 championship game matchups have been different if the conference had used the CFP selection committee’s penultimate poll? — Jon Joseph

As many readers undoubtedly know, the Pac-12 recently changed the process for determining its championship game participants. Instead of division winners advancing, conference winning percentage will determine which teams collide.

The penultimate CFP rankings were one of several options ultimately discarded.

— Allowing an outside entity to select teams with a system that would incorporate non-conference games and potentially limit the impact of head-to-head results.

— Logistical issues associated with the penultimate rankings, which are released on a Tuesday — just three days ahead of the game itself.

Based on research by the conference office, we know the championship game matchup would have been different on five of 11 occasions had the new system (winning percentage) been used previously.

But the reader raises an interesting question:

How many matchups would have been different using the penultimate CFP rankings?

In 2020, No. 13 USC would have faced No. 25 Colorado instead of unranked Oregon, which was a substitute for unranked Washington, which couldn’t play because of COVID.

Would the revised matchup in ’15 have led to a different playoff outcome?

Stanford moved up one spot in the final CFP ranking, to No. 6, after beating USC. But because the Cardinal had two losses, I doubt that a victory over the No. 16 Ducks would have changed its fate.

Has Pac-12 commissioner George Kliavkoff specifically been asked, or made a public comment about the need to start every football season in late August (Week Zero) to facilitate more off weeks and also create more inventory for future media rights negotiations? — @MattZemek

As far as I’m aware, Kliavkoff has not commented publicly on scheduling strategies around Week Zero.

I cannot say whether he has been asked by other reporters, but the Hotline has not broached that subject with him.

There is considerable resistance within the industry, much of it based on player health and safety.

Starting the regular season on Week Zero would force teams to open training camp that much earlier — in late July — and many campus officials are hesitant to push for more time on the field.

We suspect coaches would resist, too, because of the impact a calendar change would have on their summer schedules, both for vacation and recruiting.

My hunch is that playing on Week Zero will gain popularity over time but not become the official start date for all of major college football.

In last week’s mailbag, you reiterated that Houston should be the No. 1 expansion option for the Pac-12. Do you think the data you highlighted in your original article played a role in the Big 12 reluctantly inviting Houston at the last minute as more of a defensive move to get the Cougars before other Power Five conferences? — @TheTexasJuan

The Hotline made its case for Houston as the Pac-12’s top expansion target last summer, when the conference explored a membership change in the wake of the Texas/Oklahoma news.

I seriously doubt our article had any impact on the Big 12, which surely was aware of all the benefits brought by inviting the Cougars (and probably some we didn’t even mention).

And yes, blocking other conferences from planting a flag in Houston would have been high on the list of benefits.

Is there a Pac-12 Hall of Fame somewhere and, if not, shouldn’t there be? (An actual physical site.) — @2022SportsGuy

There is not, although the conference office in San Francisco has an impressive display of trophies.

Without question, the Pac-12 could create an impressive Hall of Fame when all the coaches and athletes from Olympic sports are included with those from football and basketball.

But where would it be housed? The conference office is being shuttered next year.

And would the athletes and schools be willing to turn over valuable items? I’m not sure.

But it’s an interesting thought.

Has anyone from Pittsburgh — or anywhere else for that matter — actually articulated how USC supposedly tampered with receiver Jordan Addison? Also, have you heard anything about possible NIL deals for him? — @jacktheladd2

I am not aware of anyone laying out the tampering details, although it’s easy to envision how a school might go about the process (phone calls or text messages to people within the player’s inner circle).

As we wrote at the time, the Addison case carries additional complexity because he has a relationship with USC quarterback Caleb Williams, and there are no rules against players recruiting other players. It happens all the time.

Also, Addison has his sights on the first round of the 2023 NFL Draft and undoubtedly looked at a season with Williams, in Lincoln Riley’s offense, as a career-enhancing opportunity.

As for the size of his NIL deal, well, there were plenty of rumors on social media, including one speculative posting that linked Addison to a $3.5 million deal.

I’d be surprised if the real dollars are close to that figure. Many of the purported NIL price tags are exaggerated to make the school look attractive.

It seems like the consensus from many national writers is that Utah has the potential to make the College Football Playoff this year. My question is very simple: “Will they?” — Todd W

I would bet against the Utes, although only with a nickel or a dime.

They have the most complete starting 22 in the Pac-12 and, for that reason, warrant placement on the second tier of CFP candidates behind the usual suspects (Alabama, Georgia, Ohio State, Clemson).

But through eight years of the CFP, no two-loss team has been invited.

In other words, Utah can only lose once in 12 games against quality competition.

Good luck with that.

What are your thoughts on Oregon State football for 2022? — @hmckee53

To be honest, we’re lukewarm on the Beavers.

They are always well coached and should generate a fairly reliable offense. Our skepticism is rooted in the defense, which alternated between mediocre and miserable last year.

(The Beavers allowed an average of 32 points in their seven road/neutral site games.)

New defensive coordinator Trent Bray intends to implement an aggressive style, which makes sense. But I’m not sold on the ability of OSU’s defensive front to perform at the level required for an eight- or nine-win season.

From here, the Beavers look like a 7-5 or 6-6 team, especially with a non-conference schedule that includes Boise State and Fresno State, plus cross-division games against Utah and USC.

Hotline mailbag – On the “big bias” with ESPN, the Pac-12’s low bid total, Kriisa’s injury, Fox and Haase remain in place and more

Wilner Hotline – Pac-12 survival guide: Could the lifeboat be hidden in plain sight?