Once again, the Pac-12 is following the Big Ten on a momentous issue.

Two years ago, the conference moved in near-lockstep with its Rose Bowl partner on the COVID shutdown and restart.

This time, the footsteps lead to the negotiating table — and the media rights contracts that will shape the future of the Pac-12.

The Big Ten is currently hammering out media deals that will begin in the summer of 2023. Once those negotiations conclude, the major networks will commence formal discussions with the Pac-12, which starts its new contracts in the summer of ’24.

The outcome of the former will have a substantial impact on the direction of the latter, but second-fiddle status isn’t entirely bad news for the Pac-12.

Former commissioner Larry Scott arranged for the rights to all football and men’s basketball content to expire at the same time. The inventory currently on ESPN, Fox and the Pac-12 Networks, which are wholly owned by the conference, can be distributed however the conference sees fit in the next contract cycle.

“We’re in a unique position, because unlike other conferences, we’ve made decisions in the past that allow us to be in a place now that we own 100 percent of our media rights,” Kliavkoff told ESPN’s college football podcast recently.

“We haven’t sold a portion of our Tier 2 and Tier 3 rights to a network where we’ve given up equity. We own everything …

“I love the position we’re in, and we’re actually rooting hard for the Big Ten because they will set the standard because of the value of these rights.”

Exactly how will the Big Ten’s deal impact the Pac-12?

Last month, the Hotline reached out to a handful of experts in the sports media industry and asked that very question. They spoke candidly but requested anonymity.

1. Football and men’s basketball content won’t appear on the Pac-12 Networks once the next media contract cycle begins in the summer of 2024.

Most analysts believe the Pac-12 Networks will become a streaming-only platform focused on the Olympic sports, although some suggested the networks could be sold to ESPN, which would then show events — perhaps including football — on ESPN+.

2. The delay in College Football Playoff expansion wasn’t an ideal outcome for the Pac-12’s negotiating position.

ESPN owns all the rights to the four-team playoff over the next four seasons, with no indication which media companies will be involved with the 12-team model that’s expected to begin in 2026.

That might seem auspicious in that potential bidders (Fox, CBS, NBC and Turner) seemingly would have more cash available for the Pac-12’s regular-season after not committing hundreds of millions of dollars to the CFP.

But those same networks could be hesitant to pay for the Pac-12 inventory without knowing if they will own a portion of the sport’s postseason showcase.

“It would have been more advantageous if new (media) players had gotten a piece of CFP,” an analyst said. “They could have picked up or enhanced their regular-season (inventory) knowing they have the postseason secured.

“Without knowing they have a piece of premium postseason inventory, it could impact how aggressive a network might be.”

So with those assumptions, what’s the optimal result of Big Ten negotiations for the Pac-12?

Several analysts suggested the valuation of the Big Ten’s deal won’t impact the price paid by the networks for Pac-12 content — at least, not like it used to.

“Unfortunately the market dynamic has changed,” the analyst said. “The thinking that Conference A makes X, so a network will pay Z to Conference B just to keep the commissioner happy — that thinking is over. Values are too high to keep every conference in proximity to each other.”

The Big Ten is expected to receive in excess of $900 million annually for its media rights.

The Pac-12’s deal could be half that.

Why? Because valuations are based, in part, on the number of football games per season that can reasonably be expected to generate big ratings (more than four or five million viewers).

“If you’re not the Big Ten or SEC, it’s hard to find Big Ten-SEC value,” the analyst said.

Starting in the 2024 season, Disney will own the SEC’s entire football inventory, including the SEC Network.

Fox could do the same with the Big Ten. After all, it owns the Big Ten Network and could expand its Big Ten offerings to mitigate the drop in premium Big 12 content that’s likely to occur once Texas and Oklahoma join the SEC in 2025.

In fact, an ideal scenario for the Pac-12 would start with ESPN getting shut out of the Big Ten’s next media cycle.

“It would make keeping a piece of the Pac-12 a higher priority,” another analyst said.

Added a third analyst: “How much Fox takes of the Big Ten tells you who needs the Pac-12 more, ESPN or Fox.”

CBS needs college football after losing the SEC’s ‘Game of the Week’ package to ESPN.

NBC reportedly wants to build around its Notre Dame inventory with showcase games from the heavily-populated, football-crazed Midwestern states.

And Turner might want a piece of college football.

Will any of them end up partnering with the Big Ten? Could Amazon grab a slice? And how might that impact the Pac-12?

Kliavkoff’s strategic options would improve dramatically if the Big Ten partners with NBC instead of CBS, thereby prompting the latter to pursue a deal with the Pac-12.

It’s basic supply and demand on both levels:

The more Big Ten content on Fox, the more ESPN needs the Pac-12.

The more Big Ten content on NBC, the more CBS needs the Pac-12.

There’s one difference: It could be more difficult for ESPN to relinquish what it already owns than for CBS to pass on something it has never possessed.

“I don’t believe ESPN will give up the Pac-12 because it wants USC, Oregon, UW and UCLA access,” an analyst said.

“As for CBS, it could add value by doing a handful of games and negotiating directly with the Pac-12 or by obtaining a sub-license from Fox and ESPN.”

Meanwhile, the worst-case scenario for the Pac-12 is easy to envision.

“The real risk is the Big Ten slices up content with a lot of partners, which would be smart,” an analyst said. “The Pac-12 wouldn’t be a priority in the time slots.

Were the Big Ten to allocate the majority of its rights to Fox and ESPN and give NBC and CBS enough content to provide a foothold, the Pac-12’s leverage seemingly would diminish.

In that scenario, the conference might need Turner, which already has March Madness, to get football fever.

Said one analyst: “That could be the wildcard.”

Estimating the value of the Pac-12’s next media contract 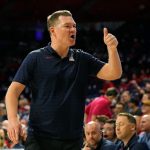