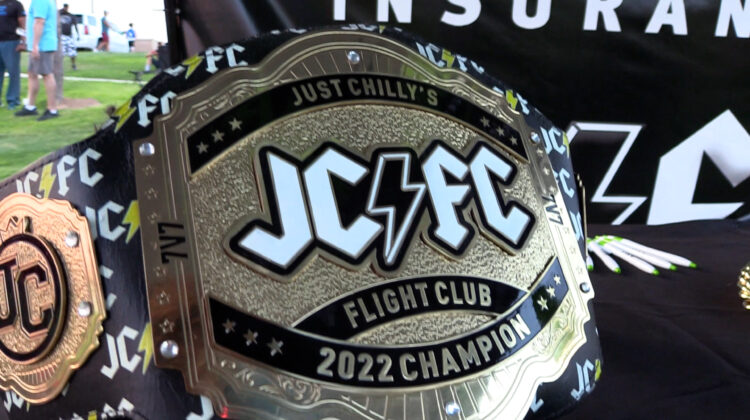 Right off the bat, I want to say that I’m not a 7-on-7 football kind of guy. It’s not my cup of tea, I’d rather watch football in full pads during practices and come fall.

However, the community aspect that Just Chilly brings with his Flight Club (2nd OFFICIAL one), is top-notch. The opportunity for these student athletes to show up and show out on this platform is exceptional.

Was glad I made it out to Flight Club for a bit last night.

Shoutout @JUSTCHILLY for putting on a GREAT event for all the local players. This is all about community and opportunities.

There were 32 teams competing in the traditional 7-on-7 format (plus other teams in the Big Man Competition). I was able to watch most of the night and saw lots of incredible athletes and feats.

The Basha hype train is continuing to gain momentum this offseason. They won both the Big Man Competition and the 7-on-7 title at Flight Club. The hype is well deserved.

2024 Quarterback and  2-year varsity starter Demond Williams Jr. won the MVP award. He is rated as the No. 2 QB in Arizona’s 2024 class and he continues to show improvement. His touch is already good-enough to play on Saturdays.

The Basha Bears will be a team that’s discussed a ton by the time November hits. Following a 10-0 season and an Open Division appearance, Chris McDonald’s team is looking to take the next step. 7’s is helping boost that confidence.

Arizona Is LOADED With QB Talent

Wow. Hamilton takes the lead on this throw from Roc Cholowsky to Braylon Blount.

37-30 Hamilton over Mountain Pointe with under a minute remaining. pic.twitter.com/K73qzJoKv9

There’s an explosion of Arizona QBs playing on Saturdays and even Sundays in recent years. That trend won’t be changing anytime soon.

The Paradise Honors Panthers earned major respect during Flight Club, finishing 5-1 and making it to the quarterfinals. 2023 running back Vance Cooper really showed out as well.

Could not be more proud of our boys! Went out there with people doubting us from the moment we were invited. We went 5-1 and did everything that we were told we wouldn’t! “ Paradise is a basketball and softball school”. @coachjgoodloe @gridironarizona @JUSTCHILLY @CoachPerrone pic.twitter.com/DKqAX8F1qq

The runner-up in the Big Man Competition was Cesar Chavez. Led by 6-7, 265 pound senior Zachary Cook, this line is legit. Cook is a special talent with all the tools you want from a lineman on either side. They’re full of talent and will be a team to watch for this fall.

Congratulations to 6-7, 265 Zachary Cook from Cesar Chavez. The senior was named the Big Man MVP. pic.twitter.com/L0QKcXjDNe