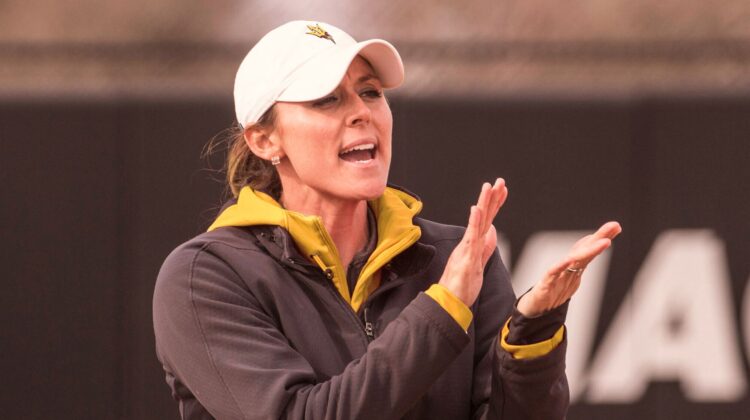 Coming off a national No. 8 seed and Super Regional appearance in 2022, the Arizona State softball team has hired Megan Bartlett as their next head coach.

Bartlett served as a Texas Longhorns assistant coach for the 2021 & 2022 seasons. Previously, she spent five years as the Ball State head coach. In her time with the Cardinals, she led the program to a 141-108 record.

“I am overwhelmed with gratitude. Being named the next head coach of the Sun Devil Softball program is the opportunity of a lifetime,” said Bartlett in a release. “The focus on family, passion and character are a perfect fit.”

Last year, Bartlett got the most out of the Longhorn offense. Texas led the nation in doubles and setting school records  in doubles, runs scored, hits, total bases, RBI, walks and games played.

She was the 2004 Big East Player of the Year at Notre Dame and a two-time All-American.

Bartlett replaces Trisha Ford, who is coming off a 43-11 record this year and led the Sun Devils to two Super Regionals and one Women’s College World Series appearance in six seasons.