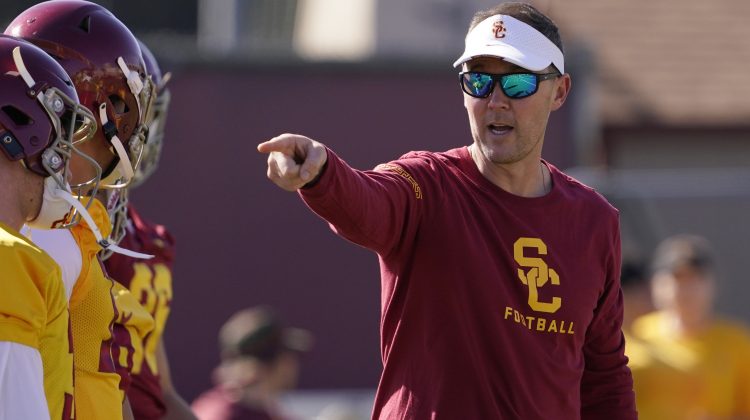 Commentary on Pac-12 developments on and off the field …

Of all the challenges facing college athletics, the absolute front-burner issue for the Pac-12 and other conferences is the entirely predictable hijacking of name, image and likeness (NIL).

Intended to provide a way for athletes to profit off their actual accomplishments, it has quickly become a proxy for pay-for-play: Boosters lure transfers and high school recruits with promises of cash payments. (In most cases, the exchanges have tacit approval from the coaching staff.)

The situation has caused much consternation within college sports. It’s a topic of conversation this week at the Pac-12  spring meetings in Scottsdale and, it seems, in Washington, D.C.

Commissioner George Kliavkoff and his SEC counterpart, Greg Sankey, are meeting with politicians today to discuss potential congressional oversight of the NIL marketplace, according to Sports Illustrated.

Talk about an alliance.

Kliavkoff and Sankey have been on opposite sides of several developments since the former began his tenure on July 1 of last year.

Just a few weeks later, news broke that Texas and Oklahoma would head to the SEC.

Then Kliavkoff teamed with the Big Ten’s Kevin Warren and the ACC’s Jim Phillips to form the alliance.

Then Kliavkoff voted against the CFP expansion format Sankey supported.

All of which means absolutely nothing when it comes to working together on issues that impact both conferences — like NIL policy gone awry.

But the pairing of Kliavkoff and Sankey in Washington is much more than symbolic.

Failed NCAA president Mark Emmert failed to avoid failing when he tried — but failed — to muster federal oversight of the NIL market.

Now, the commissioners have no choice but to take up the cause at the Capitol.

Kliavkoff and Sankey are scheduled to meet today with at least two senators, Maria Cantwell (D-Wash.), Marsha Blackburn (R-Tenn.), according to reports.

There are no expectations of immediate congressional involvement, but somebody has to lay the groundwork. The status of college athletes as employees is likely to be discussed, as well.

“I think it’s more likely that we eventually get federal legislation on name, image and likeness,” Kliavkoff told ESPN, “but we’re also interested in discussing all of the harm that will come to student-athletes if they are deemed to be employees.”

That Kliavkoff and Sankey have joined forces underscores the urgency college leaders feel to corral the unintended consequences of NIL that we all saw coming.

While an official pivot could be weeks or months away, it’s clear to us that the Pac-12 football model in place since the 2011 season won’t last the next four years.

Why four years? Because expansion of the College Football Playoff has been delayed until the 2026 season, leaving the conference to navigate four years of the four-team event.

As soon as the 2023 season, we expect structural changes to the Pac-12’s division format and, consequently, how the championship game participants are determined.

Eliminate divisions, and you can match the best teams.

The conference is several significant steps away from restructuring:

1) The coaches and athletic directors must approve.

3) The NCAA must change the policy that governs participation in football championships.

(Currently, conferences with at least 12 teams must have divisions in order to hold a title game. However, the Football Oversight Committee is considering a policy tweak that would permit championships regardless of the conference structure, according to a report from CBS Sports.)

We’re probably too late in the calendar for the Pac-12 to implement any changes for 2022, but we fully expect a different model by the ’23 season.

A recent article in The Athletic addressed the USC coach’s newfound status as a “villain” in college football.

While several issues over the past five months nudged Riley in that direction, the big push came from a report that Pitt receiver Jordan Addison had secured an NIL deal with USC before the All-American even entered the transfer portal — in other words, USC was accused of tampering.

Except it wasn’t a published report, especially one with an ounce of credibility.

The only “evidence” of an NIL deal for Addison to date was a rumor floated on Twitter.

What hasn’t received enough attention is the link between Addison and USC quarterback Caleb Williams: They grew up in the Washington, D.C. area and have a relationship.

There are no rules preventing players from recruiting other players.

In fact, it happens all the time.

The Williams-Addison connection adds a layer of complication to attempts by Pitt (or others) to prove USC’s improper involvement.

Riley’s emergence as the head coach fans across the country love to hate is good for USC and good for the Pac-12.

As long as he doesn’t embarrass the school with NCAA rules violations or asinine comments (to the media or on social media), Riley can thrive at USC as a “villain” while the conference indirectly benefits from the attention. 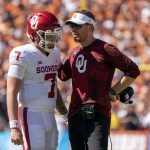