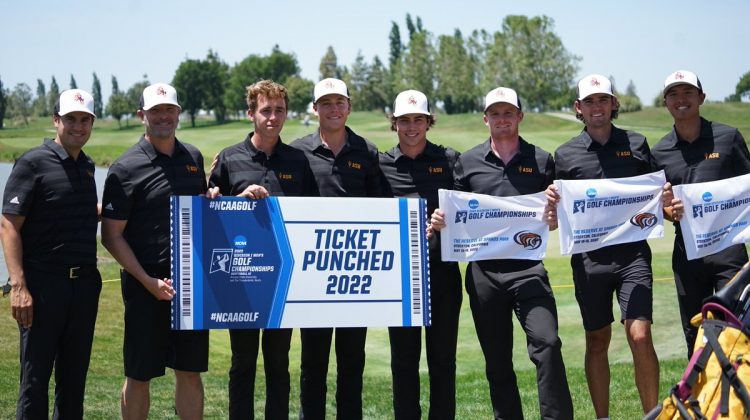 The Arizona State University Men’s Golf team is riding high after shooting a 38-under to win the NCAA Stockton Regional title.

Four Sun Devils finished inside the top-10. Mason Anderson tied for second at 10-under.

Couple notes on the 38-under by men's golf this week…
-best tourney since 38-under at 2019 Maui Jim Intercollegiate (Scottsdale, AZ) and 50-under at 2018 National Invitational in Tucson
-second-best tournament in the Golfstat era (1993-94 to present) outside the state

The victory secures an NCAA championshop berth, which ASU is hosting again at Grayhawk Golf Club in Scottsdale. Head coach Matt Thurmond has now led the Sun Devils to the NCAA Championship in all five seasons at the helm.

The NCAA Championships will take place from May 27 through June 1.