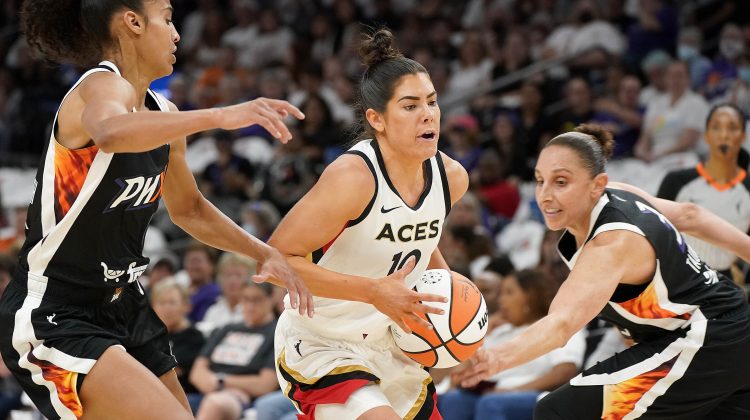 A whole lot of learning.

That was the theme of game one for the Phoenix Mercury.

“We are still getting used to each other,” star guard Skylar Diggins-Smith said. “Learning each other. I just got our system down last year and now we’re learning a whole new system. It’s no excuses on our part.”

In addition to Brittney Griner, who is still in Russian detainment in Moscow, Phoenix was without Brianna Turner and Diamond DeShields due to overseas commitments.

Figuring out a team’s identity takes time even with the full roster, let alone without three starters.

“It’s harder at the beginning of the year,” Head Coach Vanessa Nygaard said. “Tina is new as well…The good thing is we got games coming right up so we’ll have an opportunity to keep working.”

This highly-talented Aces roster took advantage of their size early and it led to open shots on the perimeter for much of the game.

“You have to give them credit,” Diggins-Smith said. “Defensively, we didn’t give a lot of resistance…We know we have to get better.”

One of the first steps toward seeing improved results is getting a couple of those big pieces back.

After losing the rebounding battle 38-26 as well as points in the paint (46-40), the defensive prowess and hustle Turner and DeShields can provide is exactly what Phoenix is missing.

“We’ll have them for our next game,” Nygaard said.

Once they pass their physicals, they’ll be good to go for the Mercury’s upcoming matchup.

For players like Wildcats Women’s Basketball alum & rookie, Sam Thomas, the example set by the veterans even during a tough game is what she’ll take from this one.

“Maybe if it was a team full of rookies, we would’ve let down, but they’re just giving positive words of encouragement,” Thomas said. “They kept fighting.”

Next chance to get the team’s first win will be at home on Wednesday at 7:00pm against the Storm. 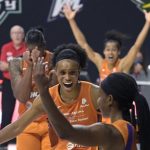 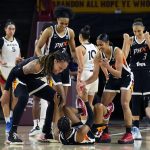 New Mercury HC Nygaard: “This is where I wanted to be.” 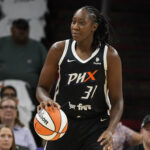 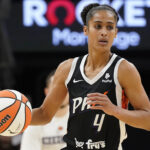