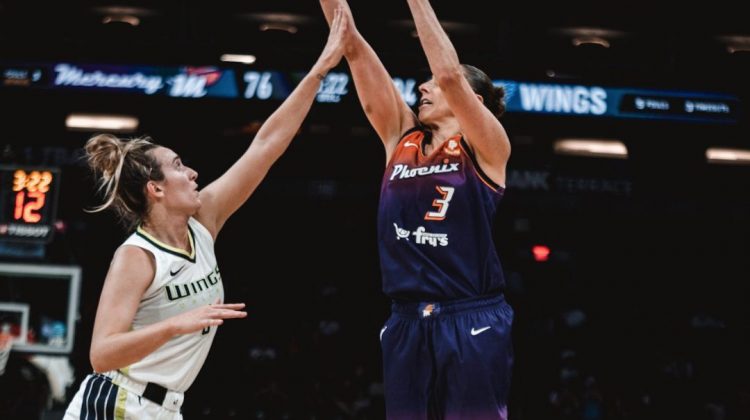 The past 72 hours were an interesting few days for the Mercury.

On Tuesday, in the midst of one of their most complete defensive halves of the season, star guards Diana Taurasi and Skylar Diggins-Smith got into it on the bench.

The Aces proceeded to outscore Phoenix 47-31 in the second half.

To make matters more complicated, Diggins-Smith missed shootaround Thursday morning due to a non-COVID related illness and ended up missing their game against Dallas.

Sitting at .500, the Mercury would be without their main facilitator against her former squad.

“We were mixing in good paint touches,” Head Coach Vanessa Nygaard said. “They changed up their schemes a little bit to limit that more. It’s the first team we’ve seen that didn’t send the double…Definitely with Skylar out and the size of this team, our rotations were a little bit different and a little challenging tonight.”

The Wings are a team built for the future, but with the likes of Arike Ogunbowale and Izzy Harrison leading the way, they can compete with the best of them.

Ogunbowale dropped 37 points to go along with five assists while shooting 45% from downtown.

“She takes tough shots, makes tough shots,” Taurasi said. “She’s done that her whole career. She plays with a certain freedom that as a player unlocks those things. She’s one of the best players in our league and in the world. She had a great night.”

They held their own against Phoenix’s veterans, knocking down 11 treys en route to their 94-84 win.

While Dallas has a few young gems on their roster, the Mercury has a Diamond of its own.

DeShields had her best game of the season in the heightened role, scoring 22 points.

“Sky’s not here,” DeShields said. “Just trying to show up and be more aggressive knowing that we weren’t gonna have her on both sides of the ball…I haven’t really had a game where I felt that good in a really long time. It was a relief for me, despite the loss, to really feel myself get to the rim and absorbing contact like that.”

Even though Taurasi was doing even more facilitating than usual, along with guard Shey Peddy, she still dropped 31 points while getting her team involved.

“I think that just comes with playing for a long time,” Taurasi said. “You can’t come in with a fixed mindset of, ‘this is what I’m gonna do tonight no matter what.’”

That kind of perspective of the game only comes from going through the ebbs and flows each season.

“Diamond and I were just talking about it in the locker room – both our teams made the Finals last year but there were times where it wasn’t pretty.” Taurasi said. “These are the times that you really bond and you stay together through these tough games. Tonight, we grew a little bit. It’s unfortunate we didn’t get the win.”

“With a new group, no matter what, there’s always this inner competitive spirit that a group has to find,” Taurasi said. “We’re finding that little by little.”

As they hit the road, the team plans on developing the chemistry they have thus far.

“We just want to continue to build,” DeShields said. “The challenges that we will meet on the road will be a good test for us.”

The Mercury faces the Aces for the third time this season in Vegas on Saturday at noon. 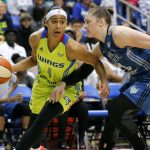 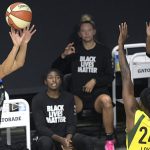 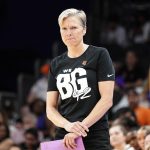 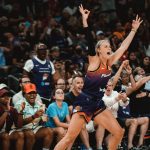