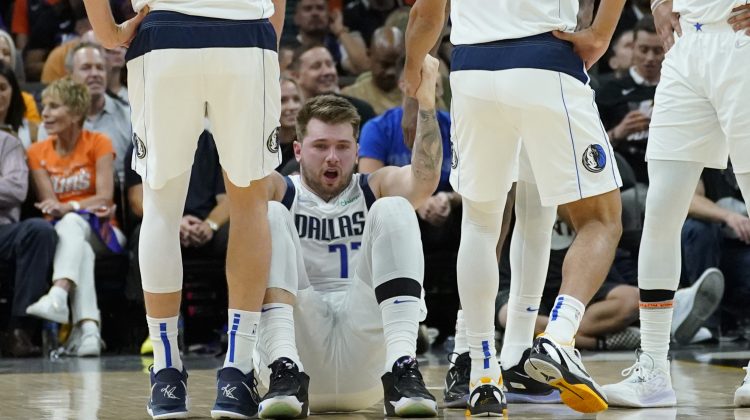 The fans were chanting “Suns in Four” in the final moments. JaVale McGee went coast to coast for a dunk midway through the fourth quarter.  Yes, it was that kind of night for the Suns. Dallas never led in Monday’s game one of the Western Conference semi-finals as the Suns took care of business 121-114, to grab a 1-0 lead in the best of seven series.

Deandre Ayton was the Suns leading scorer with 25 points and grabbed 8 rebounds.

What struck me was the bully mentality of Monty Williams team. If Luka Doncic went to the hole, many times he was going to get hit or hit the deck. The same went for many of the Maverick players. This is the type of physical basketball that wins championships.

I get it, the Suns shooting 50.5% from the floor and a perfect 16-16 from the free-throw stripe were the two numbers that were the difference in the game, but the grit on the other end of the floor needs to continue if they want to win that title.

Dallas did put up a fight in the fourth quarter to cut the gap down to six in the final minute. Doncic would finish with 45 points in the loss.

Game two will be Wednesday night in downtown Phoenix.