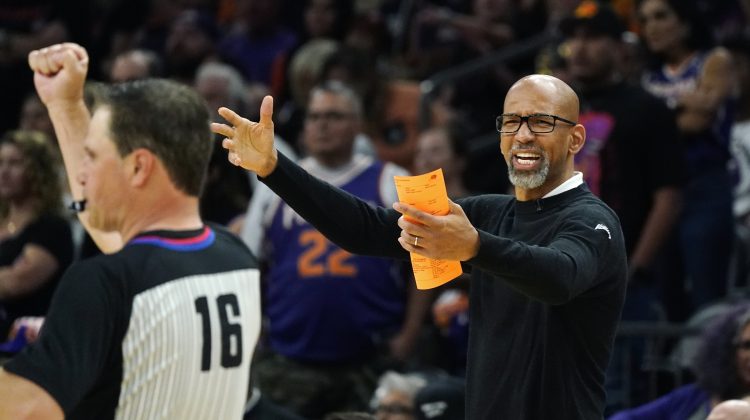 The NBA Coach of the Year did his thing Tuesday night.

Monty Williams decided to keep Cam Payne on the bench, while Landry Shamet played and produced in 19 minutes. Bismack Biyombo (21 minutes) made hustle plays and brought some much-needed energy missing in Games three and four in Dallas. The two were on the floor during the Suns’ 17-0 run in the third quarter.  The end result was a Suns blowout victory 110-80 to take a 3-2 lead in the Western Conference semifinals series.

Torrey Craig also made a late-game appearance, which shouldn’t be discounted as this series shifts back to Dallas. Especially if Jae Crowder’s late-game shot to the shoulder is more of a problem than what was reported late Tuesday night.

The conversation will and should be around the stars producing. Devin Booker(28 pts in 35 minutes) Deandre Ayton was more of a physical presence, and Chris Paul orchestrated. The moves of playing Shamet and Biyombo by Monty Williams were the subtle but essential parts of the night.

Can the Suns go to Dallas and win a closeout game on Thursday night?