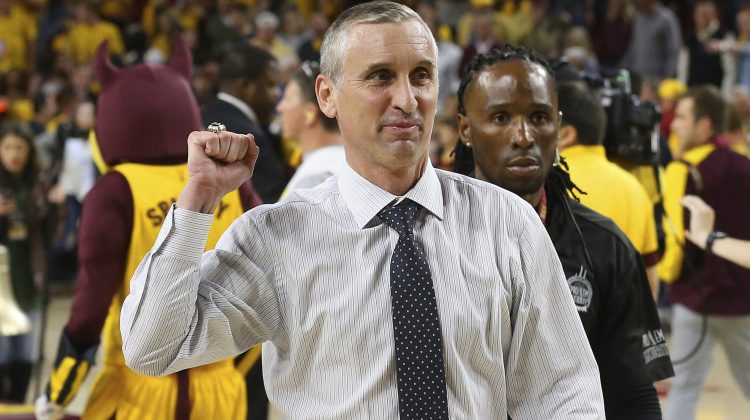 Sun Devil Hoops head coach Bobby Hurley had a proud smile as he discussed the new additions to his program.

“I’m gonna try and run Dez Cambridge off screens because he could really make shots,” Hurley said. “A guy like Devan Cambridge could get out on that wing and will be one of the best athletes on the court…Washington certainly negates the loss of Jalen Graham in terms of him being able to score a little bit in the paint and face up a little bit. You try and utilize the skillset of the guys you bring in and not force them to have to adjust so much.”

The latest recruits make it six returners and six transfers on this season’s roster.

While Hurley doesn’t want his players to over-adjust, college coaches across the country have had to adjust to how student-athletes have been using the transfer portal.

“We were very strategic in how we went about the portal,” Hurley said. “It’s not about the rankings and who’s rated the highest prospect, it’s really about the fit. With each guy, there was a very specific need and I think we addressed those things the way we wanted to.”

When you pair the portal with the NIL frenzy, there’s a lot of learning to do in this new world of college recruiting.

“I’m trying to get a handle on what’s happening, because you’re seeing what’s going on nationally and some of the deals that are being reported,” Hurley said.

Now that he has his guys, Hurley wants to make sure his team meshes off the court.

“What I learned is to do more team stuff this summer than I did last year and I think I might’ve said that going into last year but you just get stuck in your ways,” Hurley said. “You’re trying to get guys better but I do think we have to have a heavier dose of team related stuff.”

An element that should help speed up the squad’s chemistry development (besides having both Cambridge brothers on the same team) is the familiarity between former Nevada teammates, Dez Cambridge and Warren Washington, who were also roommates.

Hurley hopes that blend of chemistry and quickness will lead to an up-tempo style of basketball.

“I wanna get out and run a little more than we did last year,” Hurley said. “We were too deliberate. I think we did that out of necessity.”

One of the elements he will miss from last season, and the four seasons before that, is Kimani Lawrence’s presence, who is pursuing a pro career after graduating from Arizona State.

“The guys always giving him a hard time,” Hurley said. “I’m gonna miss that; calling him an old man and all the things that happened over the course of the year. It’ll be different but he’s excited for his next step. He’s one of a kind.”

After a dramatic ending in last year’s Pac-12 tournament, we’ll see what Bobby Hurley’s 8th season as ASU’s head coach has in store.