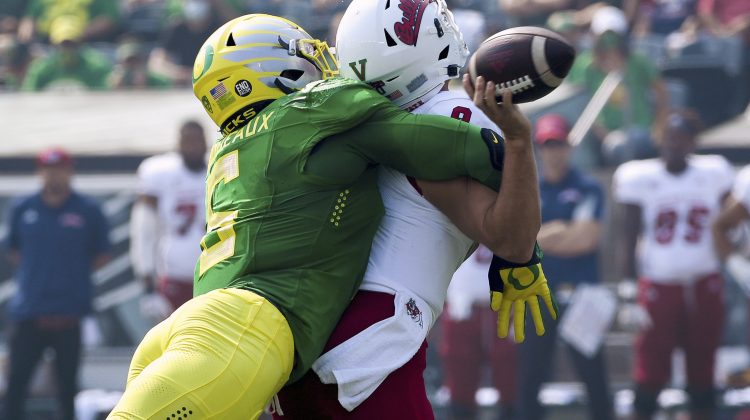 The Pac-12 is well-positioned to end an unseemly streak when the NFL Draft begins Thursday evening in Las Vegas.

In each of the past three years, the conference has produced just three first-round selections.

This year, four players are expected to be picked on Day One, and a fifth name might be called, as well.

A second Washington cornerback, Kyler Gordon, is viewed as a borderline Day One prospect.

Success in the first round matters, particularly on the recruiting trail. Elite prospects from the West Coast are motivated by two factors to sign with powerhouses elsewhere: The chance to participate in the College Football Playoff, and the lure of becoming a first-round pick.

On both fronts, the Pac-12 is lagging: It hasn’t placed a team in the CFP since the 2016 season and typically generates fewer first-round selections than most peers.

(The list of Pac-12 first-round picks over the past decade, along with other draft data, is below.)

“The difference between out here and the schools in the east is the big guys. You watch some of those teams play, and on the lines, it’s a different game. And the exodus of high school quarterbacks going other places hasn’t helped.”

Only one Pac-12 quarterback was picked last year — Stanford’s Davis Mills, in the third round — and the outlook is bleaker this week.

“When you lose top quarterbacks in recruiting and then you also lose them to transfers, you end up struggling,” Mueller said.

How far has the Pac-12’s overall talent production fallen?

The nine first-round picks produced over the past three years equal the number from a single draft in the middle of the last decade.

In 2015, the conference had nine Day One picks. Not surprisingly, that draft followed one of the best regular seasons in conference history with Oregon reaching the College Football Playoff and six teams included in the end-of-season AP top-25 poll.

The paucity of first-rounders in recent years tracks closely with the dearth of playoff participants and ranked teams.

The lack of first-rounders and playoff success prompts elite recruits to sign elsewhere, which further undermines the product and exacerbates the recruiting challenges.

Or as Stanford coach David Shaw explained last year: “There’s that cycle of, if you want great players to come into your program, you have to show them that you can help great players improve and live that NFL dream.”

*** Mueller on the prospects

Mueller, the 2000 NFL Executive of the Year, offered his thoughts on a handful of Pac-12 prospects:

UCLA TE Greg Dulcich: “He’s solid, not as flashy as some of the guys. But it’s not a great year for tight ends.”

Washington CB Trent McDuffie: “His 40 time (at the combine) doesn’t scare me off because he plays fast. I thought the rest of his workout was exceptional.”

Utah LB Devin Lloyd: “The guy is special. People think he’s an inside linebacker. I think he can play everywhere — he’s beyond any scheme. And he’s a sleeper as a pass rusher.”

USC WR Drake London: “There’s less consensus with him because of the (ankle) injury and his speed. Some people have him as the highest-rated receiver, and some don’t even have him in their top five.”

Oregon State TB BJ Baylor: “He’s a sleeper. He didn’t go to the combine, but he’s 220 pounds and has a little juice. I see him as an effective NFL back. He jumped out on film.” 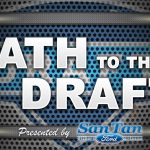 Kyler, Hopkins Need to Sit, Havoc’s Coming to ASU, QC can get Chandler…