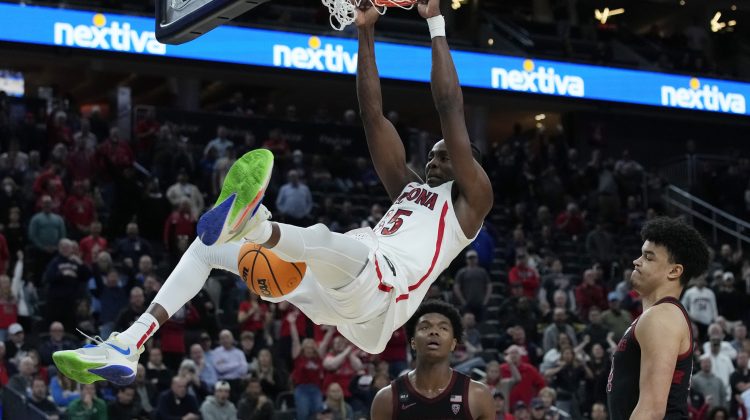 The Junior is coming off his best collegiate season by a mile.

He averaged about 13 points, 7 rebounds, and 2.7 blocks per game while shooting almost 64% from the field.

Not to mention, earning himself Pac-12 Defensive Player of the Year honors en route to conference regular season and tournament championships.

In his twitter post, Koloko showed love to God, his squad, the fans, Tommy Lloyd, Sean Miller, and of course, his family.

One of the more memorable moments of Koloko’s career in Tucson is his heroic performance against TCU in the Round of 32 in this year’s NCAA Tournament.

He dropped 28 points, 12 boards, and swatted away three shots while shooting 12 of 13 from the field to help lead UA to the Sweet 16.

If he can tap into that potential at the next level, there’s no reason he shouldn’t have a solid professional career.

Koloko joins fellow Wildcat, Bennedict Mathurin, as the two stars from this year’s roster who are moving on.