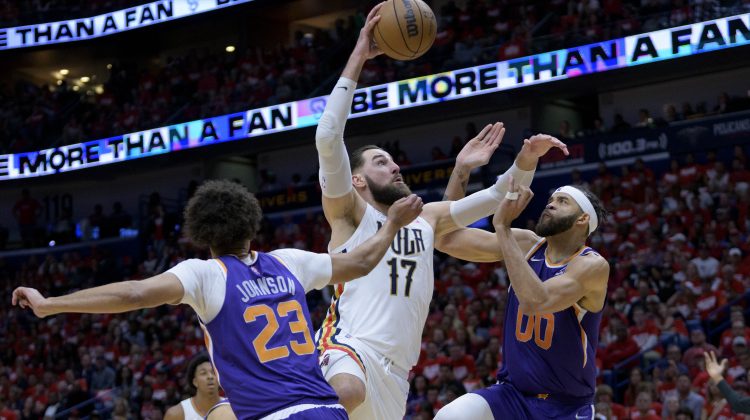 Will Devin Booker be able to get back on the court to save the Suns’ season?

The Suns have to figure out a way to win two of the remaining three games against the upstart Pelicans, after falling Sunday night in New Orleans 118-103, to tie the series at two games. Pels Rookie head coach Willie Green has outcoached Monty Williams in this series. That may sound harsh, but his team has played harder than the Suns in the first four games.

The numbers tell just part of the story. Yes, Cam Payne is 0-12 from the three-point stripe in this series. But he’s not alone. Chris Paul did not repeat his fourth-quarter magic of game three.  Four points, 1 turnover, and four assists.

Game Five will be Tuesday night in downtown Phoenix.