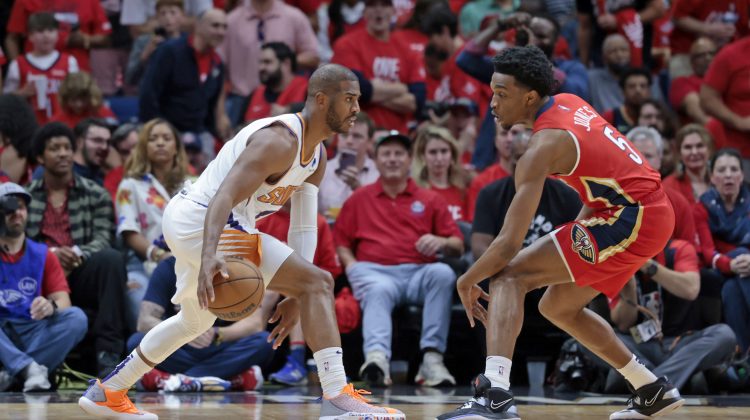 Say what you want about the elusive ring he is yet to win (oftentimes due to injury). CP3 has always been clutch. Tonight he did it as CP2, with four consecutive mid-range jumpers in the fourth quarter. He scored or assisted on 19 of the Suns final 25 points.

Suns faithful are breathing easier after he carried this team down the stretch in Game 3 against New Orleans. National eyes are back on the fellas, after many turned a blind-eye following Devin Booker’s injury.

Chris Paul when the clock hit 5:00 in the 4th quarter: pic.twitter.com/MaVzTMJtC3

28 points with zero turnovers in 40 minutes is exceptional…

This billboard in New Orleans was possibly a precursor to this performance.

Billboard in New Orleans near Smoothie King Center paid for by Chris Paul super fan, Trenice Kenner. She says it will be up all weekend. 👀 pic.twitter.com/OkCJm0MQEQ

Also his bottle of “secret stuff.”