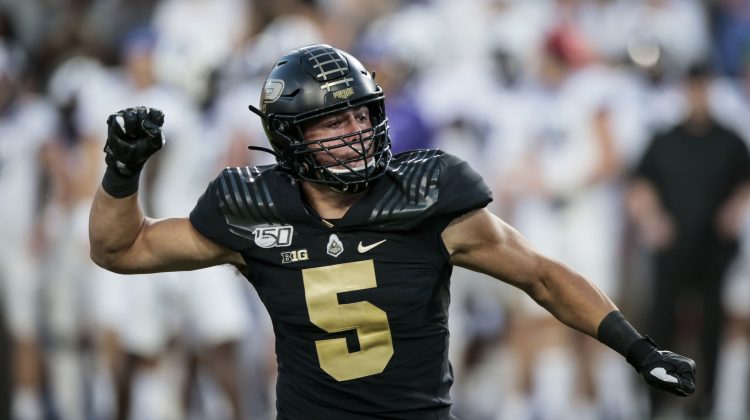 The NFL draft is just about two weeks away and the focus for the Cardinals appears to be the defensive line, particularly the need for an edge rusher.

For The Ringer’s Kaelen Jones, there’s one guy in particular that comes to mind for the job. That’s as long as he’s still available when the Cardinals get around to making the 23rd pick in the draft.

“George Karlaftis from Purdue hasn’t gotten that much buzz,” Jones said. “If he lasts later into the first round, I think he’s someone that Cardinals fans could really like to add to their defense.”

There are a lot of gaps that need to be filled on Arizona’s defensive line. Karlaftis, the 6-foot-4, 275-pound Boilermaker has the potential to make a big impact if the Cardinals get the chance to snag him. He was a force for Purdue last season but really got eyes on him during the NFL Combine where he flexed a 38-inch vertical, a 121-inch broad jump, and a 4.36 20-yard shuttle.

While Karlaftis seems to be a great choice to fill that void, NFL Network analyst Marc Ross told Brad Cesmat earlier this week that he hopes that the Cardinals find themselves in a better position one-year post-draft than they were this year.

“You just look at it this time a year ago and you think we really got some foundational pieces and we really have a lot of talent on this team,” said Ross.

Like Kaelen Jones, Marc Ross also emphasized the need to find a successful replacement for Chandler Jones. However, most of the buzz around the Cardinals this off-season was not revolving around the draft. Kyler Murray’s agent and his Instagram-scrubbing fiasco have been a recurring concern for Cardinals fans. Ross weighed in on the impact the off-season drama may cause this season.

“You go out and win some games and all that is forgotten but if they go out and start losing or struggling a little bit those things get magnified a lot more,” Ross said. “You’re sitting there as the owner thinking wow did we do the right thing with this team?”

Kyler Murray has since restored all the deleted photos from his Instagram but has not received a contract extension.