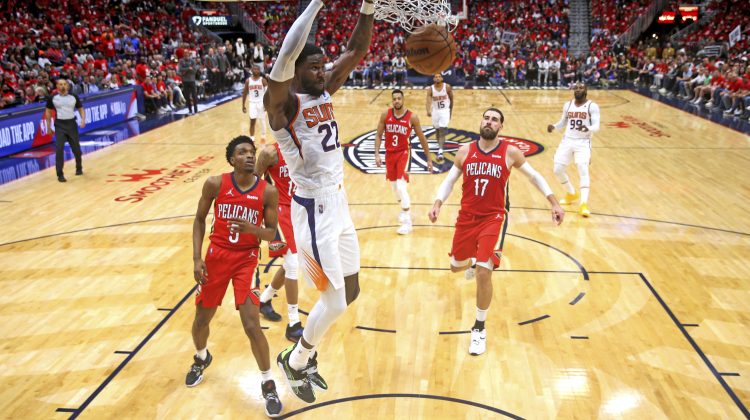 DeAndre Ayton came up big in the first half, Chris Paul in the second. The two combined for 56 points picking up the slack with Devin Booker on the bench in street clothes with a hamstring injury and the Suns hung on for 114-111 game three victory Friday night in the Western Conference playoff series. With the win, the Suns reclaim home court and lead the series 2-1.

Paul took over in the second half, scoring 15 points on a variety of shots.

The Suns scored 64 points in the paint.

The Suns shot 50% from the floor. They forced 14 Pelican turnovers. Numbers like that will help a team advance out of the first round of the playoffs without their star player most times.

Game four will be Sunday night in New Orleans. Tip-off will be at 6:30pm Arizona time.