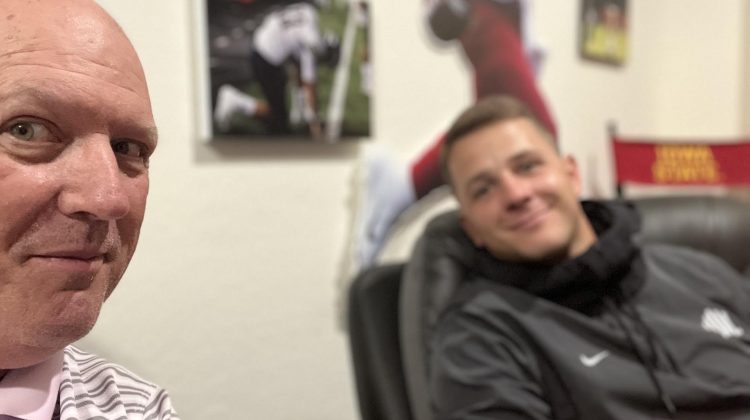 Brock Purdy being selected with the final pick in the NFL Draft fits his story.

He was lightly recruited out of high school before Nick Saban, and Jimbo Fischer, among others made a mad dash at the finish line, only to be turned down by Purdy for Iowa State. All the former Perry Puma star did in Ames, Iowa was set 32 school records and leave the Cyclones in a much better situation than when he first arrived.

Saturday, he was selected by the San Francisco 49ers with the final pick of the draft. A selection that is known in draft circles as, Mr. Irrelevant.

You think being selected with the last pick in the NFL Draft was a letdown in the Purdy household? Think again. #MrIrrelevant @brockpurdy13 @chubbapurdy @WhitneyPurdy pic.twitter.com/X8mYx3plul

Having gotten to know the Purdy’s over the last four-plus years, it’s a tight-knit circle. A welcoming, friendly family where putting in the work counts much more than any accolade. Fear God, not the pass rush. For me, a refreshing environment. Early Saturday evening I stopped by the Purdy house party to catch up with Brock on being drafted and the whole “Mr. Irrelevant” label.