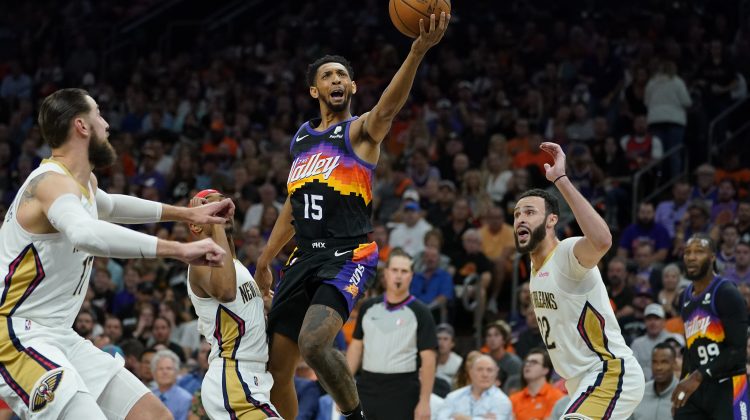 Up 17 in the first half led by a balanced scoring attack and a much more assertive play on the defensive end, Phoenix took care of business, dropping New Orleans 112-97  in Game Five of their playoff series, and now holds a hard-fought 3-2 lead in the best of seven series.

Mikal Bridges was the key contributor for the Suns. His defensive effort on the Pelicans was nothing short of spectacular with four blocks and scored a playoff career-high 31 points on 12-17 shooting.

Cameron Payne hit a huge three-pointer in the final seconds of the third quarter to give the Suns an 11-point lead going into the final twelve minutes.

The Suns can close out the series with a victory Thursday night in New Orleans.