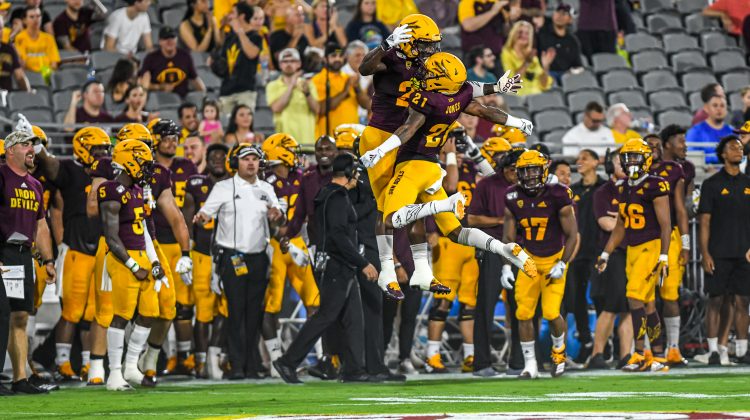 Arizona State cornerback Jack Jones was taken with pick No. 121 in the fourth round by the New England Patriots.

In Jones’ college career, he had 10 interceptions and 29 passes defended.

Jones transferred to Arizona State before the 2019 season from USC and became an instant tandem with Chase Lucas to be one of the most talented and experienced cornerback duos in the Pac-12.

As a graduate in 2021, Jones forced an incompletion on 12.5 percent of targets thrown his direction, which was 8th among all Pac-12 corners.

Jones is the second Sun Devil to be drafted this year. Running back Rachaad White was selected by the Tampa Bay Buccaneers in the third round.