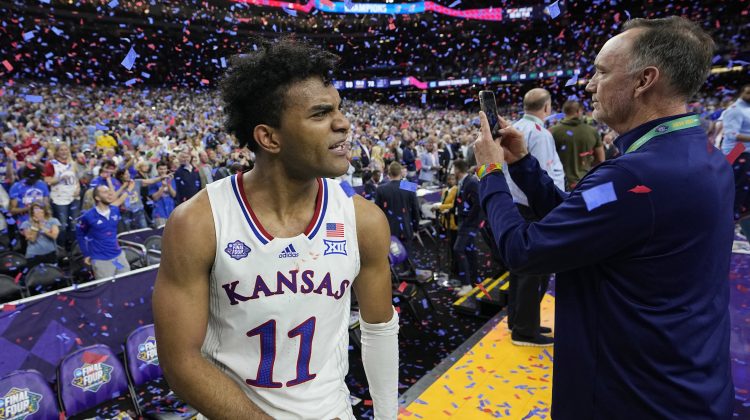 The story of Remy Martin winning a title at Kansas Monday night isn’t complete without including Arizona State.

Martin is one of the most popular players to ever put on a Sun Devil basketball jersey. Throughout the last three weeks, as KU was making their way through the NCAA bracket, Sun Devil fans could be seen and heard on social media wishing Martin good luck.

When Martin put his name in the transfer portal last May, it was more of a safety precaution in case the NBA didn’t bat their eyes in his direction. They didn’t. Martin used what was made available to him and it turned out leaving Bobby Hurley was the right move. Martin put his heart and soul into ASU for four years. To me, he earned the right to see what else was out in the basketball universe.

It was cool to see the confetti falling on Remy as the Jayhawks celebrated. He earned the right Monday night to be part of a title-winning team.

Should Arizona State hang his jersey in the rafters? I think it’s a good debate…