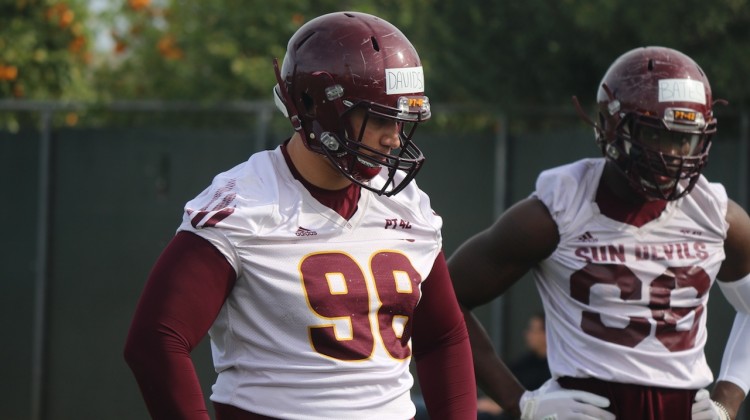 DJ Davidson had a path that took him from Desert Ridge High School to seemingly UCF, only for him to end up in Tempe and becoming a staple of the Sun Devil defense.

Now, that path leads to the NFL as the New York Giants selected him in the fifth round with pick No. 147.

After signing with UCF in 2016 but qualifying late, Davidson eventually enrolled at Arizona State and joined the 2017 recruiting class.

The move turned out to be a mutually beneficial one.

He flashed as a redshirt freshman in 2018, playing eight games with 3.5 tackles for loss and two sacks before his season ended due to injury.

From then on, he was planted in the defensive line. He totaled 137 tackles, 16 tackles for loss, five sacks and one fumble in his time in Tempe.

Davidson is now the third Sun Devil player to be selected in this year’s draft, joining Rachaad White and Jack Jones.