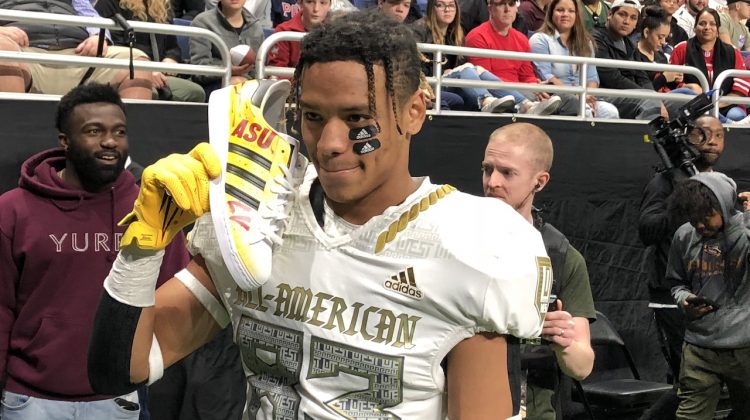 Arizona State’s passing game was going to look tremendously different from 2021. Quarterback Jayden Daniels is now at LSU. Leading receiver Ricky Pearsall is currently in the portal as well as highly-touted up-and-comer Johnny Wilson. Running back Rachaad White, who had the second-most receiving yards on the team last year, is slated to hear his name called in the NFL Draft this weekend.

Another key piece to the passing attack annnounced he is heading to the transfer portal in LV Bunkley-Shelton.

The former four-star class of 2020 commit and All-American tallied 33 receptions for 418 yards and two touchdowns in 2021.

Bunkley-Shelton, Wilson, Elijhah Badger and Chad Johnson Jr. were all a part of the wide receiver revamp in the 2020 class for the Sun Devils. Currently, two remain on the Sun Devil roster.

Known as a gifted route-runner with reliable hands, 247Sports National Recruiting Analyst Greg Biggins compared him to Julian Edelman in his playing style.

May 1 is the deadline for players to enter the transfer portal without having to sit out the upcoming season.