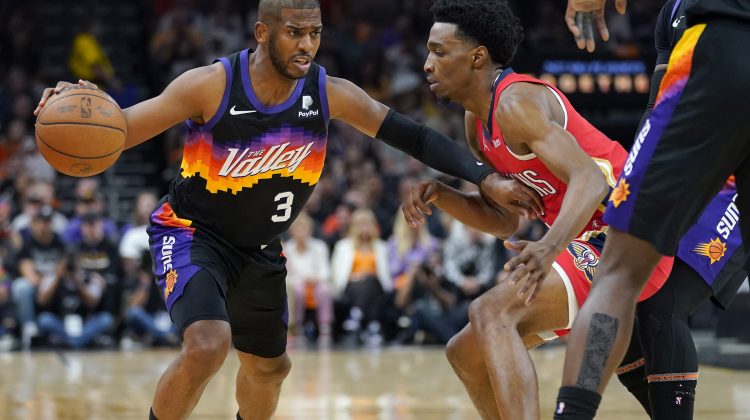 36-year-old Chris Paul put together one of the best playoff segments in Suns history. Right up there with Charles Barkley’s 56 at Golden State in 2004, Steve Nash’s 48 vs Dallas in 05, and Devin Bookers’ 42 vs the Bucks last summer.

Paul scored 19 points of his 30 points in the 4th quarter. “Just cuz I don’t shoot often doesn’t mean I can’t”, he told TNT after the victory. Paul did most of his damage off of the pick and roll.

The Suns never trailed, led by as many as 23 before the Pelicans cut their lead to eight, 79-71 at the end of the third quarter.

Game two in downtown Phoenix between the two teams will be Tuesday night.