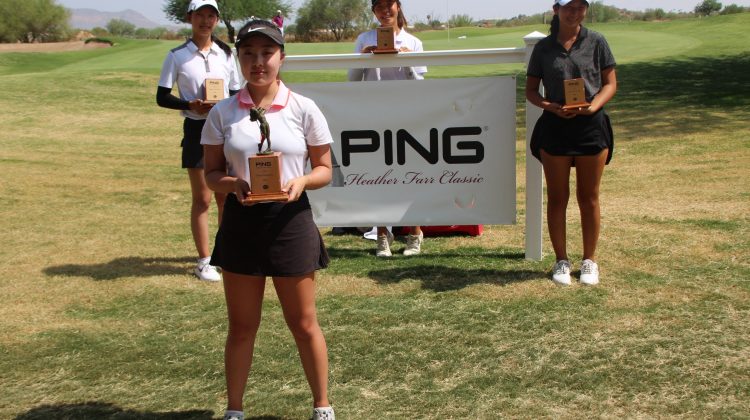 The American Junior Golf Association’s Heather Farr Classic is taking place in Mesa, Arizona at the Longbow Golf Club Friday through Sunday, April 15-17. For the past 19 years, the AJGA has held this competition, bringing in some of the best top-ranked amateur golfers nationwide. With 84 boys and 39 girls representing a total of seventeen states and four countries in this year’s field, the stage is set for a very competitive weekend on the course.

The field consists of a large number of top-50 ranked amateur players highlighted by the 2020 Girls Champion Dianna Lee, 2020 Boys Champion Adam Miller, and 2021 Boys Champion Anawin Pikulthong. On the boy’s side, there are nine players that rank top-50, and twelve of the thirty-nine in the girls’ division rank in the top-50 according to Golfweek’s nationals rankings. Karen Tsuru (#8) and Kelly Xu (#9) are the highest-ranked players coming into the tournament. Longbow Golf Club General Manager Bob McNichols is extremely excited to see a couple of former champions coming back to regain their title. 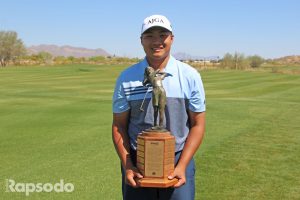 “We are extremely happy to have three of our past champions back to defend their crowns and try to repeat again this year,” said McNichols. “We have only had two repeat winners in the history of The PING Heather Farr Classic, but I am extremely impressed with the talent Anawin, Dianna, and Adam have so it would not surprise me if we see one or even two of them win again this year.”

The AJGA classic is named after Heather Farr, one of the first golfers in the country to go through AJGA between 1986 and 1990. Farr, the Phoenix native, attended Arizona State University on a golf scholarship and was inducted into the ASU Hall of Fame in 1990. In 1989, she was diagnosed with breast cancer while playing on tour at the young age of twenty-four. After a long battle with numerous treatments and procedures, she passed in 1993.

After witnessing Farr’s impact on the sport and her dedication off the course, the Farr family elected to create the Heather Farr Foundation. In 1994, the LPGA established the Heather Farr Player award in order to celebrate her life. The award recognizes elite players who love the game and fulfill their goals of being the best they can be. The American Junior Golf Association has made it a mission to provide amateur golfers with the ability to grow as a player, and also to follow in the footsteps of players like Farr who have given their all to the sport.

The Longbow Golf Club will be full of incredible young stars, and the path toward winning it all is looking tougher and tougher. This marks the sixth consecutive year PING is the title sponsor of the Heather Farr Classic, and the talent level is through the roof.

“They will certainly have to work for it because the field is so competitive with numerous top-ranked golfers from all over the country looking to win,” McNichols said.

Practice rounds begin Thursday, April 14, and the list of participants is set to go ahead of the start of the tournament this Friday. This marks the sixth consecutive year PING is the title sponsor of the Heather Farr Classic, and the Longbow Business Park and Golf Club will be the home course for this year’s awaited competition.