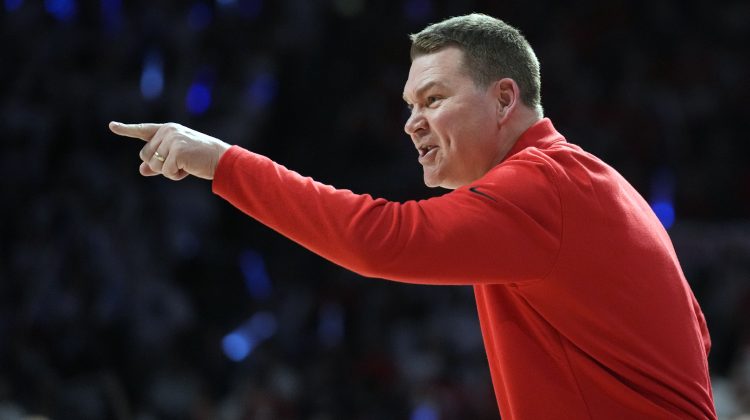 What we learned on the final weekend of the regular season …

As a classic NCAA Tournament bubble-sitter — a team with several premium wins and a slew of abysmal losses — the Ducks could not afford to lose to either Washington or Washington State.

And they didn’t lose to either of them. They lost to both of them.

The 11-point loss in Seattle and the 20-point wipeout in Pullman pushed the Ducks to the brink of elimination from the at-large pool.

We rarely say never when it comes to decisions on NCAA bids, but the forecast for Selection Sunday in Eugene is bleak with a chance of awful.

Oregon dropped to No. 74 in the NET rankings following the lost weekend in Washington — one spot ahead of Colorado and one below a relevant benchmark:

In that regard, No. 58 Washington State is better positioned than Oregon. But the Cougars are without a single Quadrant I victory, which stands as a massive blemish on their resume.

Most likely, the Pac-12 will send three teams to the NCAAs (Arizona, UCLA and USC), unless there’s an upset winner in the conference tournament.

Will someone morph into the 2022 version of Oregon State?

Both Arizona State and Colorado have won seven of their past eight games, and the Ducks, as poorly as they have played recently, own two victories over UCLA and pushed Arizona to the brink.

We don’t give any of them much chance to collect the trophy.

The path would require a victory over the top-seeded Wildcats in the quarterfinals (for ASU) or semifinals (for Oregon or Colorado) and then a win over either USC or UCLA in the finals, assuming one of the L.A. schools advances.

It’s unlikely, sure. But it’s more likely than Oregon, Colorado or WSU claiming an at-large berth.

If we assume one of the favorites claims the trophy in Las Vegas and there are no surprises with the at-large bids, the Pac-12 will send three teams to the NCAAs for the third time in four years.

Three bids would be bad, but this would be even worse: If both the Mountain West and the West Coast Conference get four.

From the MW: Boise State and Colorado State are locks, while San Diego State and Wyoming are in solid shape.

From the WCC: Gonzaga and Saint Mary’s are locks, with USF and Brigham Young on the bubble.

Sending fewer teams to March Madness than both neighboring leagues (with vastly smaller budgets) would be close to the ultimate indignity for the Pac-12.

4. The seeds are set for Las Vegas

The opening round and quarterfinal matchups at T-Mobile Arena are as follows:

— Nothing has gone right for Oregon State this season, but the Beavers surely love their matchup against Oregon in the opening round. Perhaps the Ducks will regroup prior to Wednesday. They could also roll over, especially if point guard Will Richardson is unable to play because of injury.

— Looking for an upset in the quarterfinals that isn’t No. 5 Oregon over No. 4 Colorado (because that wouldn’t be much of an upset). Consider picking the Washington-Utah winner over USC. The Trojans typically play to the level of their competition, suggesting a tight matchup.

— The potential quarterfinal collision of Arizona and ASU is intriguing. The Sun Devils are playing as well as anyone and gave the Wildcats trouble in the first meeting. This much is sure: ASU won’t lack for belief.

5. The Player of the Year race is down to two

The contenders have been swept away. Arizona wing Bennedict Mathurin and Washington guard Terrell Brown Jr. are the two left standing as the coaches submit their votes this weekend.

Mathurin is the best player on the best team and the conference’s top NBA Draft prospect.

Brown has done more to elevate his team than anyone and leads the Pac-12 in scoring and steals.

Both are worthy selections. We’re glad there is some intrigue.

The postseason awards and all-conference teams will be announced early this week.

Records over the past four weeks of league play (since Feb. 7):

7. Mike Hopkins is coming back

From the Hotline’s corner of the galaxy, the situation seemed settled weeks ago: Washington’s improvement was substantial enough to secure another season for coach Mike Hopkins.

That conclusion wasn’t necessarily shared by the viewing public in Seattle, where frustration over UW’s regression runs deep.

Now, there can be no doubt:

After dispatching Oregon and OSU to finish 16-14 overall and, more importantly, 11-9 in conference play, Hopkins seems assured of a sixth season on Montlake.

8. Jerod Haase is in deep trouble

The Cardinal has scored more than 60 points in just four of its past 10 games and currently ranks No. 155 nationally in adjusted offensive efficiency (per the Pomeroy ratings).

Unless it wins the Pac-12 tournament — and that would be a shocker — Stanford will miss the NCAAs for the sixth consecutive season under Haase.

Six weeks ago, the Pac-12 seemed destined for a slew of coaching changes. Now, we might only see one.