The Pac-12 decided to remain ‘as-is’ and not expand ‘at this time.’  The Pac-12 and Big 12 media negotiations are on the horizon.

Would it not be beneficial to collectively engage an investment banker/media advisor to forecast deals each conference will make on its own compared to the following combined, coast-to-coast conference:

Worst case, they write off the consulting fees. Best case, it’s a chance to not be left completely behind in the Big Ten’s and SEC’s financial dust. — Jon Joseph

Above all, the Hotline appreciates creative thinking, especially when applied to the broader landscape of college athletics. This question easily clears the bar.

My guess is that one or both conferences has explored a merger along these lines, if not with an investment banker then at least with internal valuation metrics.

These divisions make sense geographically, and that’s part of the calculation. But for competitive and media value, which are deeply interconnected, the structure is weighted heavily to the Pac-8.

Any grouping with both Los Angeles schools and Oregon and Washington will dwarf the other two. What’s more, the Pac-8 would have a massive recruiting advantage, especially over the Big 8 West, which has no foothold in California or Texas.

Although it’s prudent for the league to cover all options, we simply don’t envision a scenario in which the Pac-12 schools benefit financially by aligning with football programs that have small media markets, second-tier football brands or both.

Oklahoma State, Texas Tech, Iowa State and the other Big 12 holdovers gain an immense associative value when joined with Texas and Oklahoma.

Detached from those massive football brands, the others shrink in stature.

Also, many of the Big 12 schools are questionable fits culturally and/or academically — two components that matter greatly to the Pac-12 presidents, trustees and regents.

The Pac-12 stands to benefit most by sticking together, working to improve the football product and taking advantage of the sizzling market for sports rights.

If, by chance, it does expand, the conference should be judicious with membership invitations and start the process with Houston.

Is Pac-12 commissioner George Kliavkoff worried the SEC might not be done with adding big brands to its conference? What can the Alliance do to prevent their top brands from jumping to the SEC? — @TerryTerry79

I have not asked Kliavkoff that question but would be surprised if he’s concerned about Pac-12 teams jumping to the SEC.

Yes, the move makes sense financially, but there is more to realignment than cold cash. (Hard to believe, but true.) Pac-12 schools simply don’t fit institutionally into the SEC (academically, culturally, politically, etc).

Also, it doesn’t work for the Pac-12 Olympic sports. Imagine a tennis team playing road games in Tuscaloosa and Gainesville. The costs and travel demands would be exorbitant.

(And if this is a football-only deal, why would the remaining Pac-12 members agree to take to departed school’s other sports?)

If the SEC expands further — that’s unlikely, in my opinion — it assuredly would look to the ACC footprint, specifically to Clemson. Of course, South Carolina would have to agree to that, thus bringing state politics into the fray.

Although he hasn’t stated as much, Kliavkoff’s primary concern last summer probably was losing teams to the Big Ten, which provides a better institutional fit.

In our view, an Alliance appealed to him as first and foremost a defensive measure. By getting the Big Ten presidents to commit to stabilizing the landscape, he helped ensure they wouldn’t poach the Pac-12.

(Any move in that direction undoubtedly would involve USC. No combination of West Coast football programs makes sense without the Trojans.)

The next major round of realignment, which is inevitable but could be eight or 10 years away, will result in the top 30 or 35 football schools forming their own mini-NFL and leaving behind 90-something FBS teams.

That’s far more likely than the SEC growing to 20 or 24 schools.

Arizona coach Jedd Fisch absolutely crushed it in recruiting this year. But given that USC and Oregon had coaching changes, UCLA’s Chip Kelly was in coaching limbo and ASU is a mess, isn’t it more “one-hit wonder” and timing than anything else? Is that success sustainable? — @boscpenn83

There’s no question — none, zero, zip — that the Pac-12 landscape was extraordinarily favorable for Fisch and his staff during the 2021-22 recruiting cycle.

The coaching changes at USC and Oregon created an opportunity for Arizona, but not nearly to the extent that Arizona State’s paralysis aided the Wildcats. The troubles in Tempe were nothing short of momentous in changing the recruiting dynamics for the schools.

So yes, there is a “one-hit wonder” feel. But that categorization doesn’t fully represent the situation. The Arizona staff deserves credit for its work regardless.

Put another way: Had ASU not been shackled with the NCAA investigation, the Wildcats would have made great strides anyhow. The dynamics across the landscape only account for a portion of Arizona’s success.

There is every reason to believe the Wildcats’ recruiting will continue to unfold at a higher level than it has in many years.

If Oregon State lands JT Daniels from the transfer portal, where do you see the Beavers finishing next season? — @elfatts23

First, know that Daniels is also considering Missouri and West Virginia, according to ESPN. Where the Beavers sit in the pecking order, we cannot say.

Nor are we certain that the former USC and Georgia quarterback would make a material difference to OSU’s positioning in the North next season.

After all, it’s a relative, not absolute calculation:

Is Daniels a better quarterback than anyone currently on the roster? Yes. But would he perform so much better than any of the returnees (Chance Nolan, Tristan Gebbia and Ben Gulbranson) that OSU could gain two or three games in the North standings?

That seems unlikely. A substantive improvement would require upgrades at numerous positions, not just quarterback.

Make no mistake: Daniels would improve the roster. The degree of the value-add, however, is uncertain.

Which teams are benefitting the most from kids picked up in the transfer portal? — @jckevin

Instead of offering a full breakdown, allow us a shortcut.

The 247Sports recruiting website has ranked the 2022 transfer classes. Here are the top Pac-12 teams, with their national placement:

We expect another round of transfers following spring practice, so the rankings could shift before rosters are finalized for the fall.

What has happened to Nick Rolovich? — @A_C_Taylor

Our understanding is that Rolovich remains in the Pullman area.

He has four kids, none of them old enough for college. If the family plans to move — back to Hawaii, perhaps — it would make sense to delay until the summer break.

The Hotline felt WSU wholly justified in its decision. But we respect Rolovich as a coach and enjoyed our (admittedly limited) interactions. We wish him and his family the best.

College football is a better place with Rolovich involved, his vaccine politics aside.

How does the Pac-12 only get three teams in the NCAA tournament and the Mountain West gets four? What a joke. — @CO_Buff79

The sentiment is understandable after the MW flamed out, with all four teams losing on the first day of the first round.

But the selection process is designed to reflect the results of the four-month regular season, not predict success in the three-week, single-elimination tournament.

By that standard, the MW absolutely deserved more bids than its neighbor: Boise State, San Diego State, Colorado State and Wyoming all had better resumes than a fourth Pac-12 team.

The issue isn’t why the MW got four teams in. It’s why the Pac-12 only had three worthy candidates.

Part of the Pac-12’s struggles outside of league play involved the MW, which won five of 13 games head-to-head.

Tommy Lloyd may never have a season at Arizona that either begins with lower expectations or ends with a better resume. Should he retire and go out on top? — @wallyopd

The first part of your statement is undoubtedly true. The situation would have to get sideways for Lloyd’s program to be pegged for the middle of the conference ever again.

The second part is likely true: The Wildcats are a No. 1 seed and the No. 2 betting favorite.

And it would only happen in an alternate universe. 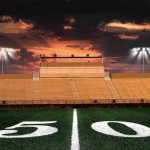