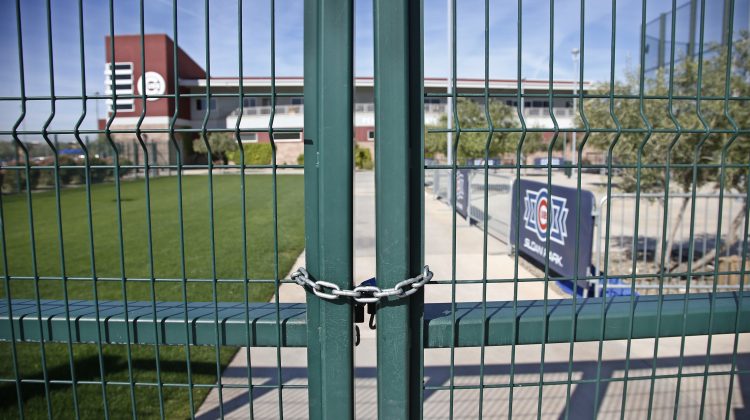 Rob Manfred needs 23 of 30 votes to approve, which will only be a formality. After 99 days, the lockout is officially over!

Grabbed lunch earlier this week with my friend David. He’s the biggest Major League Baseball fan I know. A season ticket holder since day one of the Diamondbacks. He’s close to calling it a day when it comes to our hometown nine. The lack of winning, the lack of direction by the franchise, the notion that the current ballpark isn’t in the best of shape have all taken their toll on his fandom. We both agreed that in this current climate of COVID concerns still lingering, political divide, gas prices, the war in Ukraine, the threat of recession the labor stoppage in MLB was unacceptable. Even as the lockout came to an end today David is on the fence about renewing his commitment for another season.  I don’t blame him.

Full season, full pay, season will be extended 3 days with doubleheaders to make up for April 7 Opening Day.

It’s almost mid-March and once again the NFL is dominating the news cycle. Instead of talking about the fourth starter or who has the inside track on the battle at second base, we’re left to Aaron Rodgers new contract and how that will eventually trickle down to Kyler Murray(which it will).  While David is a fan of other sports, baseball is his first love, and he’s found the behavior to be less than what he wants to support.

I was reading the other day that the average age of a Major League Baseball fan is 57. Wayyyyy too old for a sports league to sustain, yet there is a flicker of hope for the game that I love. Apple announced this week that they are signing a deal with MLB to have a Friday night doubleheader and programming throughout the week. Let’s hope that it’s not the same sort of deal that the MLB Network put together, where an honest, valued journalist like Ken Rosenthal was shown the door for not carrying the company water for MLB Commissioner Rob Manfred.

David doesn’t want or need to be sold a bill of goods. He’s tired of the nonsense. I wouldn’t blame him or others one bit if they moved on from the sport that was once known as our National Pastime even now as a new collective bargaining agreement has been reached.