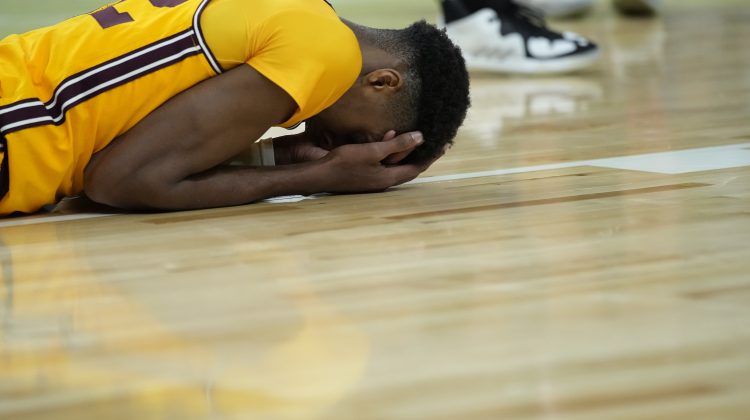 So I figured that I needed to get my mind right by getting around a good story at Arizona State so went to Las Vegas. I’ve spent far too much time for you and me in bewilderment over the last three months of the football program. I needed a break.

I had a sweet “see you later” interview with  Charli Turner Thorne on Monday so I figured Bobby Hurley’s team would be playing Arizona on Thursday. Great storyline all set up. The Sun Devils did their part for 37 minutes and 11 seconds on Wednesday in their opening round of the Pac-12 tournament. They were up 17 in the second half, only to see a complete meltdown, in losing at the buzzer to Stanford 71-70.

At the eight-minute timeout, I was starting to look ahead to Arizona, apparently so too was Hurley’s team. The final three minutes in particular were moments that Naismith couldn’t have imagined when he invented the game(lob pass late trying to win a game is not the highest of percentage shots). I asked Hurley about the meltdown.

Bobby Hurley on the meltdown of his team pic.twitter.com/WcqfJi2fKC

This is one of many reasons why I like Bobby Hurley and believe he’s a good coach. Fully accountable. No sugar coating. No b.s. His team played lights out the last month of the season, only to have this total collapse late in Wednesday’s game. The usual online nonsense about firing the coach just doesn’t work for me.

I’ll have more on this, plus preview Arizona and Grand Canyon opening games on the site and on our show tomorrow at 10am