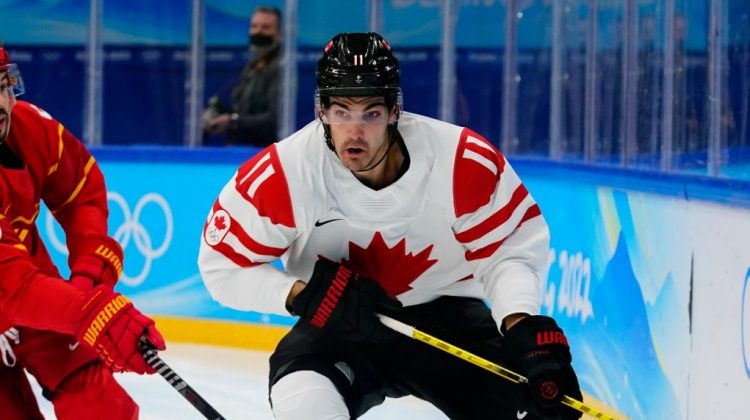 Another NHL trade deadline day has come and gone, and several notable players now find themselves in new area codes thanks to the bonanza of deals that were made prior to Monday’s 12 P.M. MDT cutoff.

In an unexpected turn of events, the Coyotes, whom many in the media expected to be sellers, ended up generating more buzz from the players they acquired than the ones they shipped out. General Manager Bill Armstrong continued his trademark strategy of stockpiling draft picks and prospects to hopefully set the franchise up for long-term success, and although he had to part with some popular players, Arizona appears to be in a better position than they were prior to this week’s bevy of moves.

In no particular order, here are our evaluations of every move the Coyotes made prior to Monday’s deadline:

Analysis: Lyubushkin had been a fan favorite ever since he left Russia to sign with the Coyotes during the 2018 offseason. “The Russian Bear” provided a steady and physical presence on Arizona’s back end, and was highly sought after as a rental option leading up to the deadline due to his pending UFA status. The contributions of the team’s younger defensemen (namely Dysin Mayo, Vladislav Kolyachonok and J.J. Moser) made him relatively expendable, and the Coyotes got an intriguing return in Ritchie, a robust power forward and former first-round pick who has occasionally shown flashes of offensive brilliance and is signed through next season. Ritchie has registered five goals and two assists in 11 games with Arizona so far, while Lyubushkin has continued his reliable defensive play in 13 games with Toronto. Consider this trade a win for both teams.

Analysis: Another fan favorite, Wedgewood gave the Coyotes excellent goaltending after being claimed off of waivers in November. He posted a slightly above average .911 save percentage in 26 appearances for Arizona this season despite facing a volume of shots against that was well above average. However, Wedgewood’s rags-to-riches story was not enough to convince the Coyotes to extend his contract, and the team instead decided to trade him to Dallas for a mid-round pick in next year’s draft. Because Wedgewood was a waiver claim, the Coyotes technically got a solid return on investment here. However, given the Stars’ desperation for a backup goaltender and the lack of quality goalies available in the trade market, Arizona could have held out for more.

16 saves in the 1st period for Scott Wedgewood. #Yotes pic.twitter.com/HGYYW2lmVI

Analysis: Larsson was an excellent fourth-line center during his two seasons with the Coyotes, serving as a mainstay on Arizona’s penalty kill and providing reliable scoring depth (14 goals in 81 games). Larsson’s expiring contract, along with the emergence of Barrett Hayton as an everyday player and the addition of Nick Ritchie (mentioned above), made him a prime trade piece, and the Capitals offered a very respectable return package for his services. Larsson will be missed, but he is not irreplaceable. Consider this a win for the Coyotes.

Analysis: The Coyotes had a glut of 2022 second-rounders thanks to Bill Armstrong’s offseason dealings, and they used a pick they acquired from Vancouver in the Oliver Ekman-Larsson trade to land a very good forward prospect in McBain. The imposing 22 year-old center, who starred for Team Canada in the Beijing Olympics, had made it clear he was not going to sign with Minnesota, and Armstrong was more than happy to take him off the Wild’s hands. In addition to playing in the Olympics, McBain registered 19 goals and 14 assists in 24 games with Boston College this season, and finished tied for third in the NCAA in points per game. He signed a two-year entry-level contract with the Coyotes on Monday and could make his debut as soon as Tuesday night’s game against the Seattle Kraken. If McBain so much as becomes an everyday player for the Coyotes, this trade is a massive win.

The Eagles take a 2-1 lead late in the third period after Jack McBain cashes in with a goal. Can Harvard come back? Catch all the action on NESN. pic.twitter.com/TNdZWjUeXW

Analysis: Bill Armstrong loved the Jack McBain trade so much that he decided to pull the exact same maneuver on another Central Division rival. Like McBain, Smith is a dynamic center (second in the NCAA in points with 49) who played in the Olympics and opted not to sign with the team that drafted him. In return for Smith’s rights, Arizona agrees to take on the remaining two years of Bryan Little’s contract (Little has been essentially retired since 2019 due to lingering concussion symptoms) and sends a fourth-round pick in this year’s draft to Winnipeg. Smith has a well-rounded offensive skillset, with equal parts powerful shot and high-end playmaking ability, and gives Arizona another solid center prospect. Unlike McBain, Smith will likely wait until the conclusion of the NCAA tournament to sign with the Coyotes, as his college team is a serious contender for the national championship.