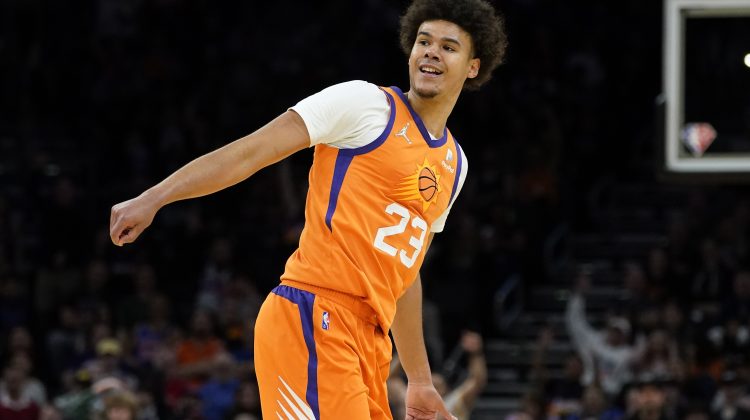 Not many people are having a better week than Cam Johnson.

Earlier in the week he hosted Cams Lemonade stand after losing a Super Bowl bet with Mikal Bridges. It became an instant hit with the valley.

Then on Friday night against the Knicks, he dropped a career-high 38 points with nine three pointers. Oh, and hit the game-winner as well. That lemonade must be pretty sweet.

CAM JOHNSON JUST DID THAT! pic.twitter.com/q4SsgzUZXX

Not much seems to be going right for the team with the best record (51-12), but the adversity isn’t slowing them down. With Chris Paul out for the rest of the regular season and Devin Booker in health and safety protocols, someone needed to step up in the aggressiveness category.

So here’s the message to Suns fans: This team will finish with the best record in the NBA because of the eight game cushion they have right now. Don’t freak out when they lose some games over the next few weeks. It’s better to see this team face and overcome adversity now, so the playoffs come as more of a breeze.