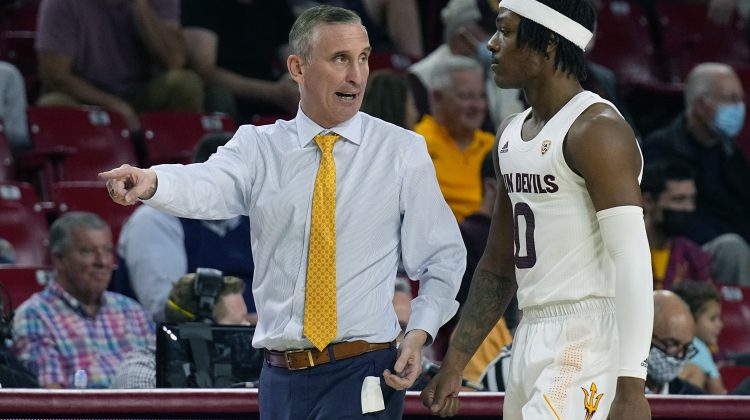 The Arizona State Sun Devils (14-16, 10) enter as the No. 8 seed, but expectations have risen due to late season success. This squad is drawing comparisons to last year’s Oregon State team, which finished fifth in the regular season but won the Pac-12 Tournament and made it to the Elite 8.

Bobby Hurley is getting his team ready to play Stanford. He praises the whole conference for the level of play this year, but is dialed in on making a deep run in order to get into the NCAA Tournament.

“Your main goal is to win the tournament,” Hurley said on The Brad Cesmat Show. “Stanford’s a big team, a really good rebounding team, and they have good shooters. We’re focused solely on them.”

The Suns Devils closed the regular season with a 65-56 win over Stanford at home. Hurley expects the No. 9 seed to be hungry for revenge, so he wants his team to play with intense energy.

For the Pac-12 as a whole, Hurley believes at least four teams will get in the NCAA Tournament. Arizona, UCLA, and USC are a lock. Colorado has a slight chance if they go far. ASU of course can get in if they win the Pac-12 Tournament.