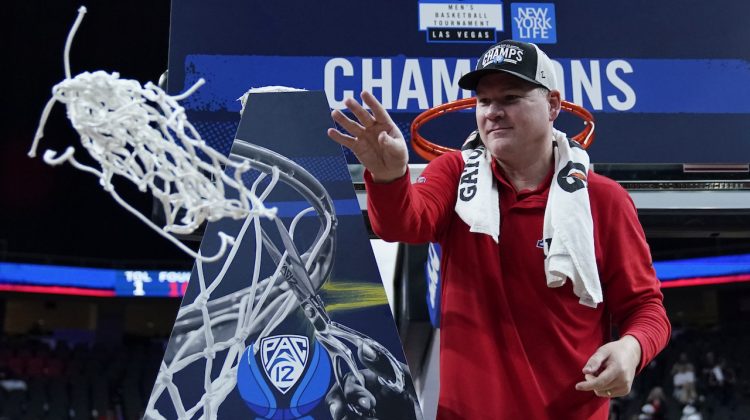 The Arizona Wildcats men’s basketball team is on a historic run, notching a No. 1 seed in the NCAA tournament in Tommy Lloyd’s first year with the team. It is just the third time in NCAA history a first-year head coach earned a No. 1 seed.

After winning the Pac-12 regular season and taking the Pac-12 tournament on Saturday night in Las Vegas, the Wildcats are the top seed in the South region and the No. 2 overall seed in the field. The Cats are joined by Villanova, Tennessee and Illinois as the top four seeds in the region.

The Wildcats, who hold a record of 31-3, boast the Pac-12’s top offense at 84.6 points per game. UCLA is the second-best offense in the conference and trail the Wildcats by eight points per contest. Tommy Lloyd’s team-first roster is also averaging 19.9 assists per game, the most ever by a Wildcat program.

This is the sixth time Arizona has been a No. 1 seed and the first time since 2014. They will play the winner of Bryant and Wright State in the play in game for their first round matchup on Friday in San Diego.