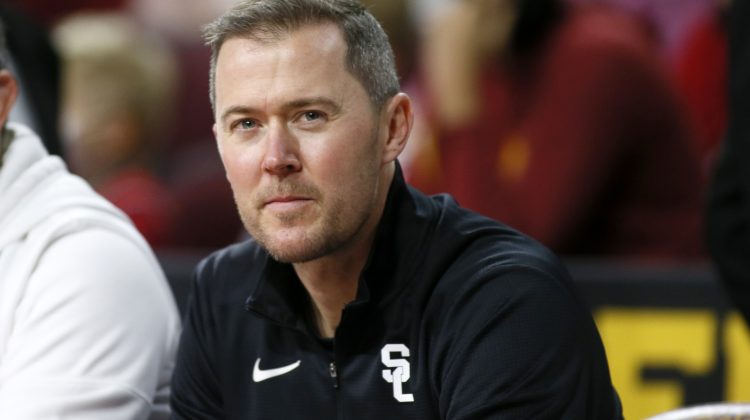 The Pac-12’s collective decline on the football recruiting trail has been neither long nor slow. The brunt of it covers the past four or five signing classes; the damage has been swift and substantial.

But there is reason to think a recovery is coming, and you don’t need the Hubble Space Telescope to see it (although that would help).

(Links to other articles in our preview of the upcoming season can be found below.)

ESPN recruiting analyst Tom Luginbill knows the Pac-12 footprint well. He grew up in California and Arizona, where his father, Al, spent decades as a college assistant and head coach.

“Every coach I was affiliated with would say the same thing: ‘If there’s an elite player on the West Coast, he’s going to USC and everybody else just has to deal with it,’” Luginbill told the Hotline recently.

That was the case for the bulk of the 2000s years under Pete Carroll, ceased being the state-of-play for the 2010s but now, perhaps, is the returning reality.

In two months under new coach Lincoln Riley, the Trojans have corralled four players with five-star ratings. One signed in the just-completed cycle, and three are committed for the class of ’23.

“It has been a struggle for the Pac-12 for many years to get the blue-chip kids,” said Adam Gorney, the national recruiting director for Rivals. “Just look at all the four- and five-star players on rosters from other teams around the country. It completely eclipses those in the Pac-12.

“But USC has stabilized. They’re trending up, and that will help the conference. Kids have been looking for a reason to like USC again. And Riley is that reason.”

USC’s success on the recruiting trail carries a multi-layered impact:

— It strengthens the Pac-12’s top football brand and moves the Trojans closer to competing for playoff berths.

— It alters the balance of power. Every five-star prospect who signs with USC isn’t signing with a powerhouse in the Big Ten or SEC and helping that team beat up on the Pac-12.

— It makes the entire Pac-12 more attractive. Elite players want to face the best competition and are more likely to stay on the West Coast to play against each other.

“If guys stay and play at USC,” said Brandon Huffman, the national recruiting editor for 247Sports, “others will stay and play in the Pac-12.”

The Ducks lost one of the top recruiters in the country when Mario Cristobal bolted for Miami.

But his replacement, Dan Lanning, served notice that the Ducks will remain a force — first by signing a handful of coveted players late in the 2021-22 cycle, then by positioning the Ducks for a first-rate class in ’23.

They already have a commitment from four-star cornerback Cole Martin.

While not specific to the class of ’23, the Pac-12’s previous whiffs could end up benefitting the conference over the next 12-15 months: West Coast players who signed elsewhere and have encountered difficulties could look to transfer back home.

The best example is on the basketball side: UCLA star Johnny Juzang grew up in the San Fernando Valley, spent one season at Kentucky then returned home.

But there could be football equivalents as the transfer portal deepens its roots in the system.

The recruits involved in the mass exodus in the ’19 and ’20 cycles are reaching the point with their eligibility clocks when they must hunker down at their current school or make a move to resuscitate their careers.

That could work to the Pac-12’s advantage.

Successful recruiting for the Pac-12 collective requires not only a handful of elite classes each year but also no weak ones.

Which schools are typically near the bottom of the rankings? Arizona, Oregon State and Washington State.

But the Wildcats have soared under Jedd Fisch, the Beavers just put together their best class of the expansion era (No. 6 in the conference), and the Cougars have a solid foundation under Jake Dickert.

Meanwhile, the schools that actually finished at the bottom of the recruiting rankings in the ’22 cycle — USC, Washington and ASU — faced one-time challenges that are surmountable.

USC and UW experienced coaching changes and, with new leadership in place, should produce far stronger classes in the next 11 months.

ASU was waylaid by the NCAA investigation but could have enough clarity to restart recruiting before the early signing window in December.

To a greater extent than in previous years, the conference looks poised to raise the floor.

The class of ’23 is solid in California — extremely talented at the top but not particularly deep.

But there are six blue-chip players in Arizona, including five-star tight end Duce Robinson.

Nevada has a five-star receiver, Zachariah Branch, who has committed to USC.

And Utah has one of its best classes, with five players earning four-star ratings. (All but one of them plays on the line of scrimmage.)

That distribution of top talent could help the Pac-12 by bringing local teams into play, along with the programs that recruit well everywhere.

The amount of blue-chip talent in the western third of the country ebbs and flows by the year, and the 2023 class happens to be loaded: Six of the top 26 prospects nationally are from the Pac-12 footprint — all of them carrying five-star ratings.

Quarterback Nicholaus Iamaleava has both UCLA and Oregon on his short list.

Which brings us to the reason for enduring skepticism of Pac-12 recruiting: The dearth of big bodies with blue-chip talent.

The Pac-12 footprint simply doesn’t produce as many elite offensive or defensive linemen, and that’s true of the ’23 class, as well:

— There are 44 offensive linemen with four- or five-star ratings in the 247Sports database, and only one is from a Pac-12 state: Utah’s Spencer Fano, who’s expected to sign with BYU.

“There just aren’t enough good linemen out here to field a team that can compete for a national championship,” Gorney said.

“In that sense, it’s problematic.”

An ongoing problem, in fact.