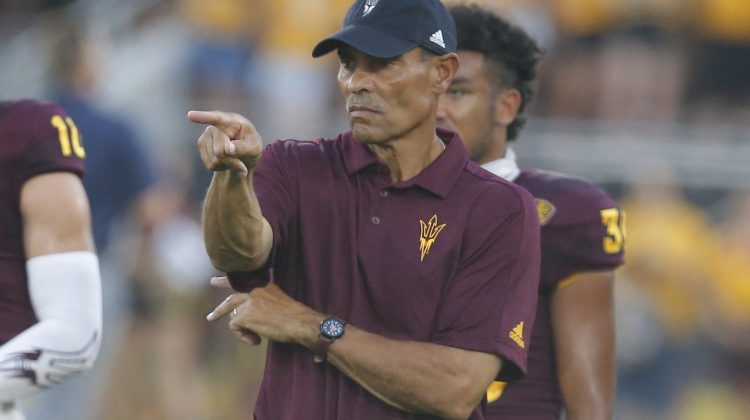 Not much cover left for Herm Edwards. AP “what AP says, is what I say”, gone to the Raiders. When the NCAA investigation findings are released, I suppose ASU can say “most of the people from the time in question have moved on or we fired them”. It’s mid-afternoon and Herm Edwards hasn’t said anything about his quarterback apparently leaving the program for greener ($reene$) pastures. Herm’s next press confernence should come in the next 48 hours announcing his resignation. We all see the dumpster fire that this has turned into. It’s not going to get any better anytime soon. The faster the reset button is pushed on Herm, even here in late February, the quicker the program can bottom out and start fresh.

In terms of Jayden Daniels apparently pulling the rip cord and entering the portal. He could always pull his name out and return, but after seeing some of the videoes coming out of the Arizona State locker room this afternoon, i’d encourage Daniels to not look back. If chasing bigger NIL money is the motivation for his departure, good luck with that.

When the stories are done on the Jayden Daniels era at ASU, it will go down as one of frustration and not all of his fault. As a true freshman he had the “it” factor, and yet by the time he was finishing up against Wisconsin in the Vegas Bowl two months ago he looked like a shell of the player that had come to Tempe with such high expectations. Change in coordinators, missed evaluations of talent, opt outs, poor coaching, too much attention to NIL(Jordan Simone was right again).

Herm was tied to AP, Jayden, Zak Hill, etc, etc, etc. How he is the last one standing makes no sense at this point. Even his friends in the media can’t protect him as much as they might try. All of this has happened on his watch. Resign Herm. Enter the Portal.  Drive back to Carmel. ESPN will certainly hire you back, you don’t need this aggravation. Neither do we. It’s A-lways S-omething at ASU…