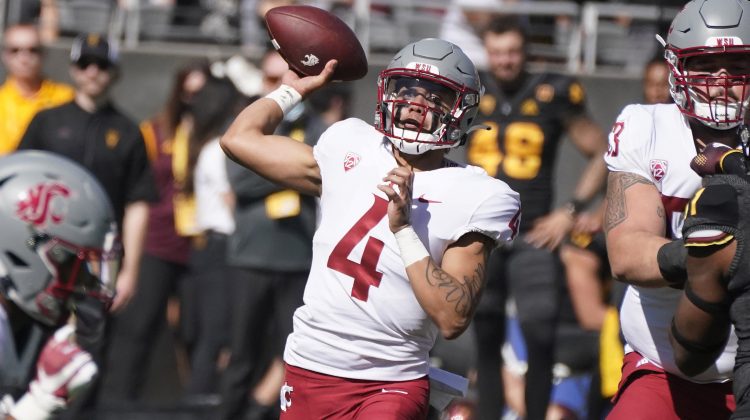 Instant reaction to developments on and off the field …

1. Big news in the Palouse

There are 238 days until the start of the 2022 football season. If the Hotline were ever to ponder a scenario that appears extreme — a scenario that’s about five steps ahead of the current reality — this is the time.

And here we go:

That’s right. The day the Cougars lost their promising young passer to the transfer portal, they might have set the stage for the best quarterback play in the division next season.

Jayden de Laura, the Pac-12 Offensive Freshman of the Year who tossed 23 touchdowns and led the Cougars to a second-place finish, entered the transfer portal on Friday.

That could prove a debilitating blow to WSU’s prospects for next season. If things don’t break right over the coming months, and if none of the remaining quarterbacks on the roster develop, then the Cougars could struggle offensively in their first full season under coach Jake Dickert.

One of Dickert’s first moves upon being named to the permanent position was to hire Eric Morris as his offensive coordinator.

Morris is familiar with WSU, having served on Mike Leach’s first staff (2012). For the past four seasons, he has been the head coach at Incarnate Word, a Southland Conference (FCS) program based in San Antonio.

Incarnate Word’s quarterback this season, Cameron Ward, has entered the transfer portal. He’s one of the top passers in the country — not just in the FCS but all of Division I.

The 247Sports rating services lists Ward as the No. 3 quarterback in the portal, behind only Caleb Williams, formerly of Oklahoma, and Quinn Ewers, formerly of Ohio State. Ward is rated higher than Spencer Rattler (ex-Oklahoma) and Kedon Slovis (ex-USC).

On Dec. 8, WSU formally announced Morris as the new playcaller.

The next day, Ward entered the portal.

Call us crazy, but the Hotline suspects he’s headed to Pullman.

Now, let’s step back and assess the state of quarterback play in the North next season, based on what we know and can reasonably presume.

Call us nuts, but Ward just might be the best QB in the division, if he ends up in Pullman.

— Better than Oregon’s options: freshman Ty Thompson, who has thrown 15 passes in his college career; and talented but erratic Auburn transfer Bo Nix.

— Better than Cal’s options: freshman Kai Millner, who didn’t play in 2021; and Purdue transfer Jack Plummer, who was benched midway through the season.

At least four North teams could lean on transfers in ’22 — all but Stanford and OSU.

The division lacks clarity in all phases, with the quarterback spot serving as both reason for, and example of, the situation.

The transfers portal has created free agency in college football, but it’s unlike the professional version in one regard: The window is always open, 365 days per year.

This is the most frenzied stretch, with the season ending and rosters forming for spring practice.

The Hotline checks the 247Sports portal database at least twice a day.

But the Huskies haven’t reached the point of an unreasonable exodus considering the coaching change.

That said, there will assuredly be more departures once spring practice gives the returning players and new coaches a chance to take stock of each other.

— Arizona State’s exodus is both significant and unsurprising (because of the unresolved NCAA investigation into recruiting transgressions).

Several members of the heralded 2020 recruiting class, which has yet to approach the hype, are in the portal: receiver Johnny Wilson, cornerback Tommi Hill, linebacker Jordan Banks and running back Chip Trayanum.

We expect the Sun Devils to experience a load of portal traffic (outgoing and incoming) throughout the offseason.

— Quality, not quantity, defines the list of Colorado’s outgoing transfers. The Buffaloes have lost their best offensive player, Brenden Rice, and two of their top defenders, cornerback Christian Gonzalez and safety Mark Perry.

Coach Karl Dorrell has revamped the coaching staff after his second season in Boulder. His defense will look markedly different next fall, as well.

We’re also mindful of players leaving for the NFL Draft, especially with the deadline just over one week away (Jan. 17).

USC and Oregon are the hardest-hit programs to date, which shouldn’t be a surprise given the talent on both rosters.

The Trojans have lost the two Drakes (London and Jackson), among others, while Oregon’s defensive trio of edge rusher Kayvon Thibodeaux, safety Verone McKinley and cornerback Mykael Wright have declared, as well.

Add Washington cornerbacks Trent McDuffie and Kyler Gordon, and the players you’d expect to leave are, in fact, leaving.

We’ll see what the next nine days bring, and how many projected middle-round picks depart from teams that, with them in the lineup, would possess rosters capable of cracking the top 25.

One more point on this matter. Best we can tell, only a handful of interior defensive lineman or offensive linemen have declared: Stanford’s Thomas Booker, ASU’s Donovan West and Washington’s Jaxson Kirkland.

The paucity of high-round draft picks from the trench positions is a major issue for the conference. There will be more on display in the national championship game alone than we saw all season in the Pac-12.

We’ll end the column not with additional words but with a video.

The Beavers detonated the west side of the facility to start a massive construction project, which is expected to be completed before the 2023 season.

And they caught it on film, from multiple angles.

The video can be found on Twitter through the OSU football handle, @BeaversFootball, where it already has 500,000 views.

Or it can be found right here.

Devon Henry Retweeted · Jordan Hamm
@JordyHamm
Yogi Roth has a talent for reminding us the athletes we love are also human. His new book features over 50 interviews with 5-star QBs & the support systems around them.

I got to catch up with him on the book, and he shares a snapshot on ASU & UA here: 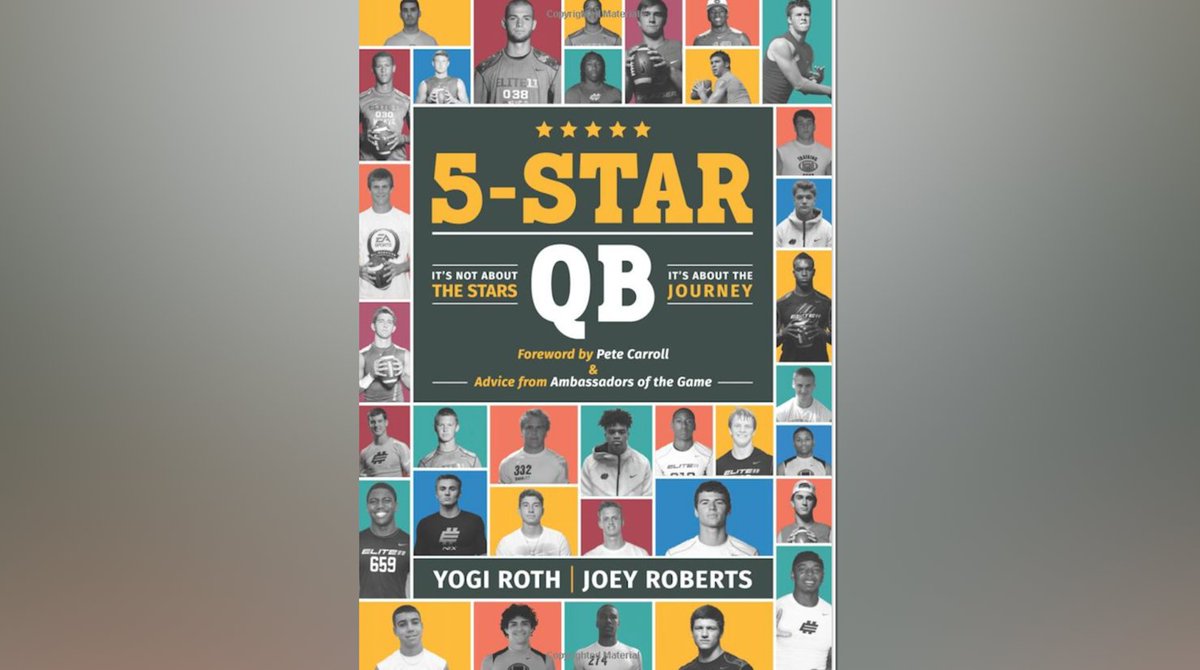