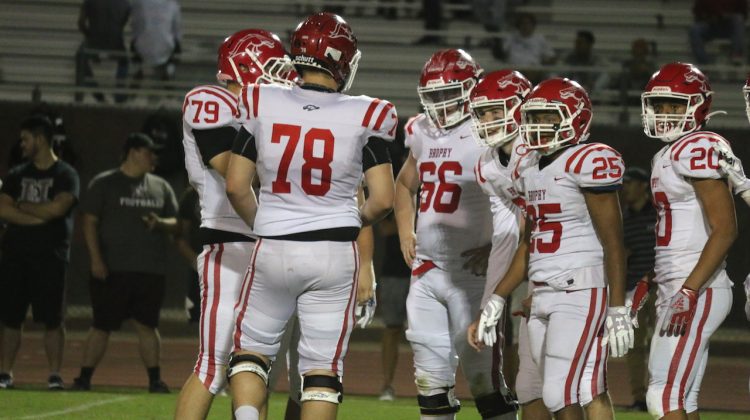 Brophy senior quarterback Elijah “EJ” Warner announced his commitment to Temple University on Wednesday. Warner received the offer from Temple on Dec. 28 and had previously received offers from Georgia Southern, University of Connecticut and the University of Hawaii amongst others. j

Looking good in red son!! (And you look great too @WarnerBrenda) https://t.co/uGlIeLEC5c

”EJ is one of the smartest players I have ever coached,” Jewell said. “We asked him to do a lot in our offense and he was the field general.”

“I think Layton is one of the top junior wideouts in the state,” Jewell said. He was very productive for us last year. He has good size and runs tremendous routes.”

”Trey is a big, strong kid that was very productive for us as a sophomore,” Jewell said. “He’s got impressive strength for a young kid and is one of the hardest workers in our school.”

Mardale Rowe offered by the University of Nevada

The sophomore defensive end has had offers pouring in over the past few weeks. His most recent offer comes from the University of Nevada on Jan. 26. Earlier in the month Rowe also received offers from Utah State and Marshall.

“Mardale had a great sophomore year and the sky is the limit for the young man,” said Jewell.