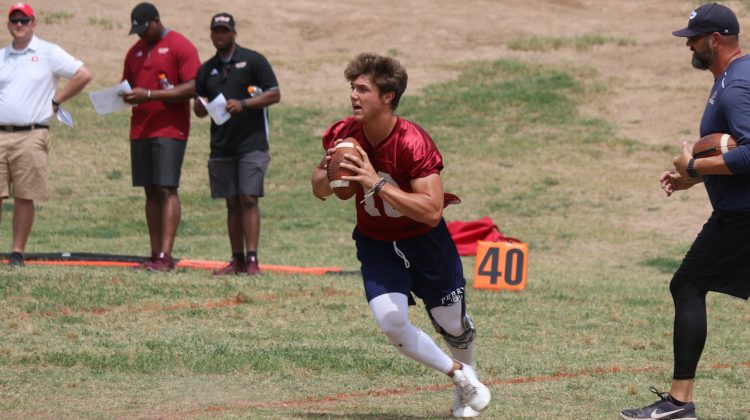 Former Perry and Florida State quarterback Chubba Purdy has heard from plenty of schools since he entered the transfer portal on November 3.

A new player has thrown its hat in the ring for Purdy’s services in Oklahoma. The quarterback announced the Sooners offered on Saturday.

Thankful to have received an offer from The University of Oklahoma! pic.twitter.com/K6I6pRclEW

Sports360AZ has learned Purdy will visit Oklahoma on January 11 and then will head to Nebraska for a visit on January 14.

Both Oklahoma’s and Nebraska’s quarterback rooms have shifted dramatically since the end of the season.

For Oklahoma and new coach Brent Venables, standout freshman Caleb Williams entered his name in the portal on January 3. Williams has left the door open to return Norman and there are reports he could team up again with Lincoln Riley at USC.

For Nebraska, they’ve seen an incumbent starter leave for Kansas State in Adrian Martinez. The Huskers received a commitment from former Texas quarterback Casey Thompson, but that wouldn’t stop Nebraska from taking multiple quarterbacks in the class.

A four-star recruit in the class of 2020, Purdy was one of the first commits after Mike Norvell took the head coaching job at Florida State. He appeared in three games as a true freshman including one start after suffering a collarbone injury. He totaled 219 passing yards and two touchdowns and rushed for 57 yards on 19 carries.

As a sophomore, Purdy completed all five passes he threw for 98 yards and two touchdowns.

It will be a telling week for the Purdy family as Chubba searches for his new college home.