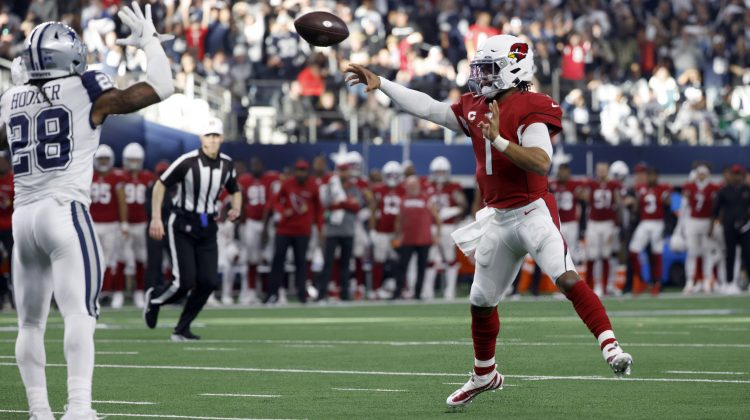 There are many reasons to watch the Arizona Cardinals host the Seattle Seahawks on Sunday. It’s week 18 and this team has a few loose ends to tie up before the postseason begins.

First, the Cardinals want to win. Duh. A loss doesn’t hurt its playoff seeding, but a win could lead to a NFC West title. During the same time slot (2:25 p.m.), the Rams host the 49ers. If the Rams lose and Cardinals take care of business, the NFC West crown will reside in the valley.

At Draft Kings the odds for the division title favor Los Angeles. The Rams are listed at -350, while the Cardinals are +260. Sean McVay’s team is on a five game win streak, but Kyle Shanahan’s squad is unbeaten against the Rams in the past five matchups. Plus, the 49ers need to win in order to make the postseason.

Meanwhile, the Seattle Seahawks are out of postseason contention. They have less to play for than the Cardinals too, but this might still be a trap game. Many believe it could be Russell Wilson’s last game in a Seahawks uniform.

Today marks the three-year anniversary of the Kliff Kingsbury hire. A division crown could sway the front office’s opinion of his tenure so far.

Kliff Kingsbury was hired as head coach of the Cardinals. pic.twitter.com/RZzKROCj8h

If you have two screens to watch football, you’ll want to tune in to both matchups.

Back in week 11 the Cardinals took down the Seahawks 23-13 with Colt McCoy starting a quarterback. The bird gang is also 4-1 in NFC West play.

Over the last 10 weeks, Arizona is 5-5 against the spread. Through 17 weeks the record is 10-6 against the spread. The defense has kept all games close, but the offense has been inconsistent. DeAndre Hopkins is still out, so there’s no additional help coming in the play making department. James Connor is listed as questionable to return.

Arizona needs to figure out its offensive this woes as a tune up for the Wild Card round of the postseason. This game will set the tone for a playoff run. Expect the first drive to be explosive. This game has the potential to turn into a one-sided affair in favor of Arizona, but it’s more likely the score is closer to the first matchup in week 11.

In three of the last five games Murray has thrown for under 259 yards. However, the Seahawks pass defense is 31st in the league in passing yards allowed. Murray has the opportunity to air it out against a weakened secondary. Plus Connor is out, so the offense will rely more on the passing game.