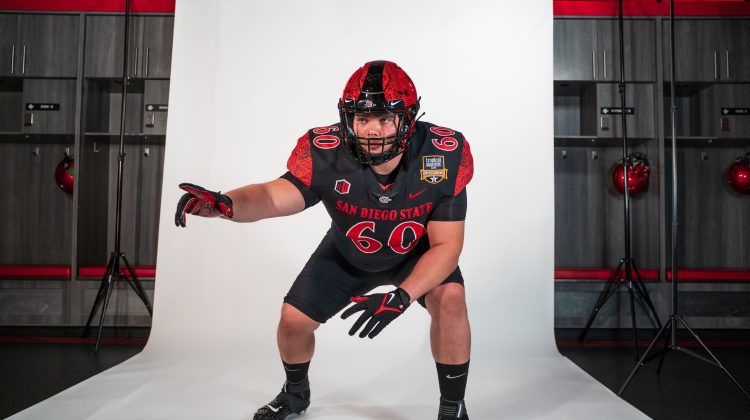 The former Oklahoma State Cowboy had a whirlwind week but San Diego State stood out instantly. After a visit to campus on Thursday, Bennett committed to the Aztecs.

“San Diego State seemed like a match made in heaven right off the bat of my portal experience,” Bennett said via text. “I really enjoy (offensive line coach Mike Goff), talking football, life, and everything else San Diego State has to value. Obviously the weather is hard to beat, 70 and sunny all year. It’s close to home, and a run heavy program that fits my play style well.”

Bennett, a redshirt freshman, said the Aztecs plan to play him at guard. Off the field, he is very interested in San Diego State’s standout business program.

His decision only took seven days since entering the transfer portal. While some players can experience plenty of what-ifs when looking for a new college home, this was a clear-cut process for Bennett and his family.

“My transfer portal experience was straight business,” Bennett said. “I tried to find the place I could be closer to home and have a great experience. I also wanted to get on the field and hopefully pursue my dreams of going to the NFL. SDSU has a long tradition of o-lineman in the league. Again, it is a match made in heaven for me.”

Bennett was one of two Arizona players to head to Oklahoma State in the class of 2020, joining former Saguaro wide receiver Matt Polk, who is also currently in the transfer portal. The offensive lineman saw playing time in two games this year and has four years of eligibility remaining.

He’ll take what he learned in Stillwater to San Diego now.

“Oklahoma State helped me mature and truly become a man,” Bennett said. “I’m thankful for everything the program gave me physically and mentally and am ready to begin this new chapter.”

While the Aztecs have built a strong run game under Rocky Long and now Brady Hoke, the 6-foot-4, 312-pound Bennett feels he will mesh perfectly within San Diego State’s offense.

“Hopefully Aztec fans will see my physicality shine in my play. I believe I can fit right in the system and compete. That’s all I can ask for.”