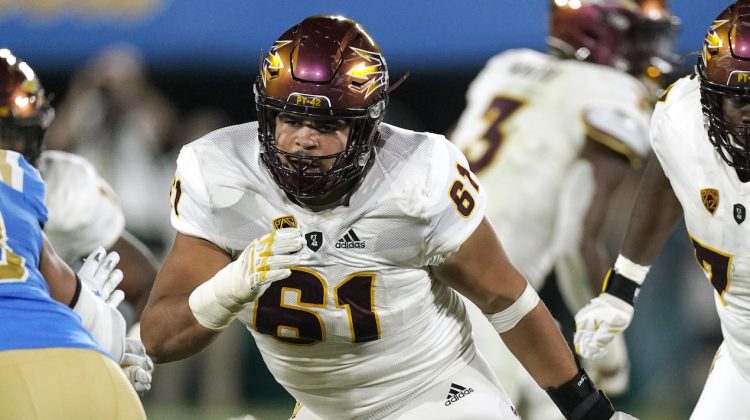 ASU center Dohnovan West has declared for the NFL Draft.

Tempe! Thanks for everything 🔱💯 pic.twitter.com/UXM4x1QsZG

West was a three-year starter and was a Pac-12 honorable mention at left guard his freshman season in 2019. The 6-foot-4, 300-pound interior lineman eventually made the switch to center and was an anchor along the Sun Devil offensive line. In 2021, West was a second team All Pac-12 selection.

The Sun Devils will now have to find replacements for three of their five starters along the offensive line as Kellen Diesch and Henry Hattis have graduated and will head to the draft as well. The Sun Devils do have 2021 All-American Ezra Dotson-Onyetade on the roster. At the time, he was slated as the No. 1 center in the nation out of Garland, Texas.