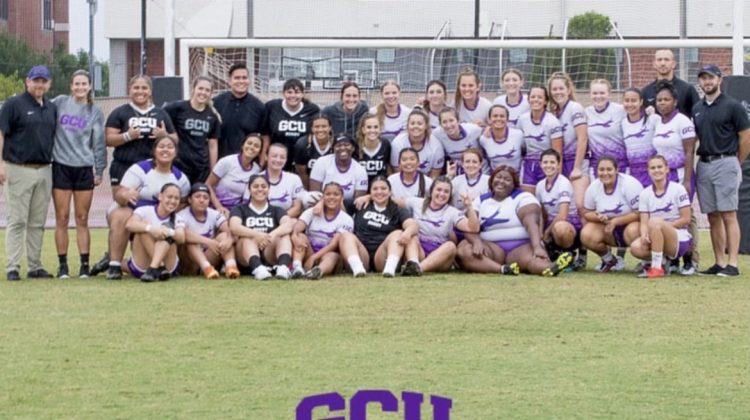 Rugby is a sport that many Americans have heard of, but have no clue exactly what it is
and therefore it is underappreciated. Now add in women’s rugby and it becomes even less
popular in the United States. Being a woman in a sport dominated by men is the adversity that
Grand Canyon University women’s rugby is facing. Head coach Lindsey Mahoney came to the
team three years ago with the goal of changing the current perception of women’s rugby.

Mahoney and Bey met while playing for the same international travel team several years ago.
When Mahoney took the job at GCU, she reached out to Bey because they shared common
values about the sport. Bey is also a former rugby player at Arizona State University.

When Mahoney and Bey joined the team three years ago, there were 20-25 active players, and
now they have 35-40 players that are actively training with the team. This growth is due to
recruiting high school club teams and holding rugby camps at GCU. They realized very early on
that newer players needed more education on what the actual game is in order to bring the new
players up to the level of experienced ones.

The growth the team has shown is nearly immeasurable as they have gone from a team
that struggled to find enough players for the roster to a team that has gone to the conference
championship two out of the past three years. Although the team has seen success, there is still
one goal they wish to accomplish.

“Our main goal is to provide an opportunity for women’s rugby as a whole across the nation to
grow,” Bey said. “That comes with just us being a dominant team and then a successful team.”

Dominating is one thing that they have been excellent at in recent years. From 2018 through
2020 the team had a record of 11-4-1 while beating ASU and U of A every time they played in
that span.

“Over the years, GCU has now become a dominant force in the collegiate rugby world and it’s
been awesome to see that,” Bey said.

As a club sport, women’s rugby faces many challenges. Some of the challenges being the
stigma behind being a woman playing rugby and not getting the same opportunity as men in the
sport. Men’s rugby is televised while women’s rugby didn’t begin to come on networks like
ESPN until this year, which is a substantial change to the rugby community and aligns with the
goals that Mahoney and Bey are setting for GCU women’s rugby.